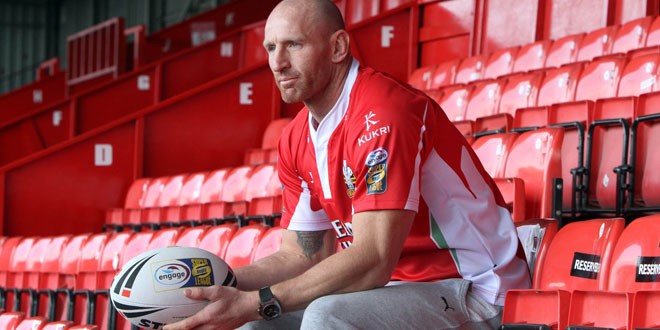 Folau’s controversial views regarding homosexuality saw his contract terminated by the administrators of Rugby Australia. Gareth Thomas came out as the first openly gay Rugby player in 2009 and is ‘really upset’ about Folau’s introduction to Super League.

Thomas, who made his own Super League debut against the Dragons in 2010, stated that he will ‘never watch’ Catalans whilst Folau is with them. The Dragons’ first game of the season sees them host Huddersfield Giants at the Stade Gilbert Brutus on Saturday, and it is still unclear whether Folau will be involved.

Folau signed a one year deal with the French side on Tuesday which has been met with a wave of criticism from fans, coaches, players and ex-players alike.

Thomas took to twitter to respond to the signing, stating: “So Folau has joined the Super league. Really upset by this as the game, players and fans were so good to me. All I hope is that as much as Folau wanted his right to speak, then players and fans alike are allowed their right to respond. I will never watch him.”

Others have also responded to Folau’s signing; Wakefield CEO Michael Carter called his views ‘abhorrent’, meanwhile Wigan announced their pride day will take place on the day of their round six clash against Catalans at the DW Stadium, in support of the LGBTQ+ community.