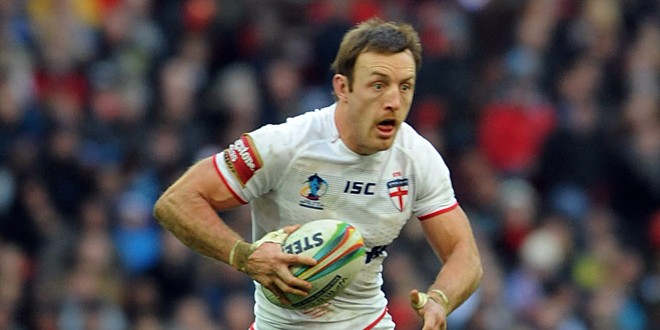 St Helens chairman Eamonn MacManus has urged fans to repay James Roby for his loyalty to the club by attending his testimonial match against Wigan at Langtree Park this Friday.

The England hooker has spent his entire career with the Merseyside club, making 276 appearances and scoring 73 tries in the process. The 28-year-old also signed a contract extension recently that will see him end his career with the club, despite being courted by several Australian clubs.

McManus said: “James has been one of the leading players of his generation in British Rugby League and is readily recognised as one of the best hookers in the world.

“He was crowned Man of Steel at the age of 22 and has won every club honour in the game with St Helens.

“The levels of his ability and achievements for the club over the last decade have only been surpassed by his natural modesty. He embodies all the traits that St Helens try to represent and uphold in our sport.

“It is a further testament to his character and to his loyalty that he has recently committed the rest of his career to his home town club when he had received significant offers from the NRL in Australia. He has made a real financial sacrifice to play out his career with us.

“The St Helens public and its supporters should show their appreciation by attending his game on Friday – it’s the very least that we can do and I know that we will. “