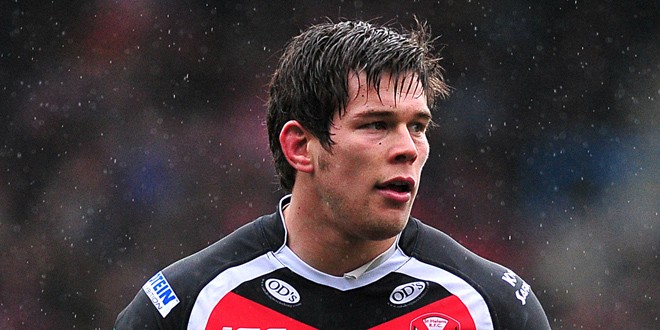 The utility forward put pen to paper on a deal that will see him remain at Langtree Park until the end of 2016.

“I’ve been up here for a few years now and I’m settled,” the ex Harlequin said.

“Saints are a great club who want to win trophies and I want to achieve things in the game. I’m hoping I can realise that here. Signing an extension was a no-brainer for me really.

“I came north to win things and I’m sure we can do that. I know I am not the finished article and I have to continue learning.

“I put pressure on myself to strive to be the best I can and I’m looking forward to this season and the future.”

St Helens coach Nathan Brown said: “Louie is a very good player who is popular amongst his teammates.

“He’s versatile too, as he proved last season, and can play anywhere in the pack.

“He also has a lot of scope for improvement and his career is on the rise.”

Louie joined the club from Harlequins, where he made over 100 appearances, on a four-year contract in 2010.