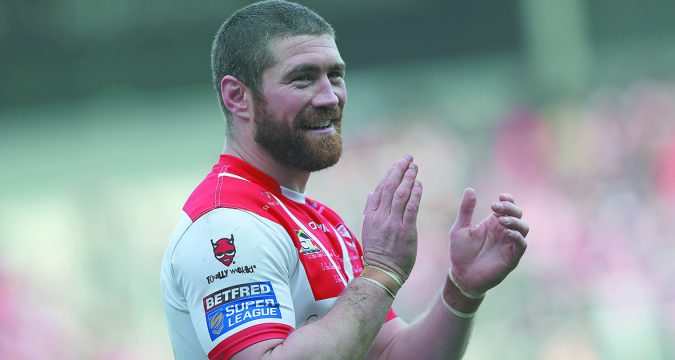 St Helens prop Kyle Amor could be on the move in 2019.

The Cumbrian forward has been touted around several Super League clubs, with Saints considering the possibility of offloading the Ireland international.

Amor, 31, made 28 appearances this season. He joined the club from Wakefield in 2014, after a short spell with Leeds, and has made over 130 appearances since then.

But with Alex Walmsley set to return from injury next season and Joseph Paulo making the move to the Totally Wicked Stadium from Cronulla, Amor’s opportunities could be limited next season.

He wasn’t used in the club’s play-off semi-final defeat against Warrington, and he fell out of favour last season at the business end of the season.

Saints have made three big-name signings for 2019, with Paulo set to be joined by Lachlan Coote and Kevin Naiqama. As a result, the club is believed to be up to the salary cap limit ahead of next season, and is looking to ease the cap pressures by moving players on.

Amor could well be a victim of their recruitment spree, with other Super League clubs now considering a move for the prop.

He is heading into the final year of his contract with Saints, and the club wouldn’t stand in his way should another club come calling.