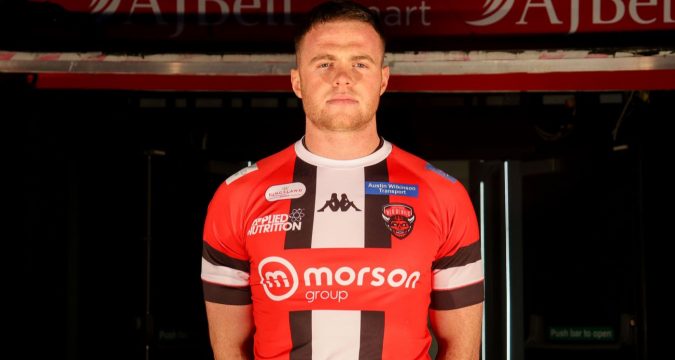 The Wigan star, who played for the Warriors in the Super League Grand Final this year, becomes the club’s second confirmed signing ahead of 2021.

Burgess, 26, has scored an impressive 107 tries for Wigan in 129 games during two spells with the club.

He spent one season in the NRL before returning to Super League.

Burgess has signed a three-year deal with the club and he said: “This is a big step for me to make sure I get in next year’s England squad. I’ve got a new set of teammates, so I need to fit myself in and do my best for them.

“The halfbacks here have got a lot of knowledge of the game, so hopefully that can bring the best out of me.

“There are some of the other lads who I know already. I’ve missed Sarg (Dan Sarginson). He’s a big character on and off the field, so I’m looking forward to working with him again.

“I’ve always enjoyed playing against Salford, especially when their travelling fans have created that great atmosphere, so hopefully we can have them back at the start of next season.”

Head coach Richard Marshall added: “Joe is an exceptional talent, who’s consistently proven himself to be one of the most prolific wingers in the competition.

“He brings even more quality to our outside-backs and crucially offers a wealth of big-game experience, despite still having the best years of his career ahead of him.”