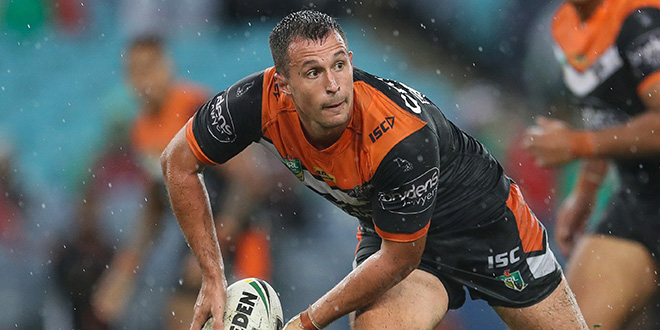 Salford Red Devils have confirmed the signing of Australian half-back Jack Littlejohn on a two-year contract – a story first revealed in League Express.

The 26-year-old joins the Red Devils from NRL side Wests Tigers, where he made 16 appearances in two seasons for the club.

He now joins the Super League side as the replacement for the outgoing Michael Dobson, who announced his retirement at the end of last season. It means he will link up with another former Wests player, Robert Lui, in the halves next season.

Littlejohn is expected to arrive in England on Monday to begin pre-season training with his new club.

Salford CEO Ian Blease said: “I was extremely impressed with Jack’s attitude when Ian Watson and myself spoke to him. I have no doubt he’s going to be a terrific addition to the squad.

“We have been on the lookout for a quality replacement for Michael Dobson and believe we have found him. Jack is coming over to make a name for himself and all the Salford fans should be extremely excited to see him in action this coming season.”