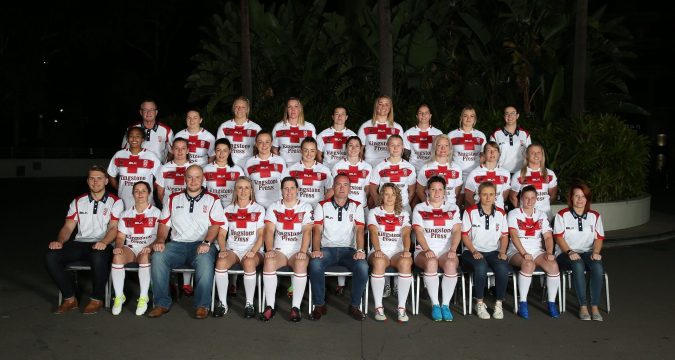 Members of Parliament have wished the England men’s and women’s Rugby League teams well for the remainder of the 2017 Rugby League World Cup.

A motion has been tabled in the House of Commons by Marie Rimmer MP, congratulating the England men’s team on reaching the knockout stages, and wishing the women’s team well for the remainder of the competition.

England Women kicked their tournament off with a 36-8 win over Papua New Guinea in Sydney yesterday (16 November). They now face Australia and the Cook Islands as they bid to win a place in the semi-finals, and then the final on 2 December in Brisbane.

The men’s team are also aiming to join the women at the double-header final on 2 December, facing unbeaten Papua New Guinea in the quarter-finals on Sunday (19 November).

Tabling the motion, All-Party Parliamentary Rugby League Group Secretary and Member of Parliament for St Helens South and Whiston, Marie Rimmer MP, said: “Despite a loss to Australia in the first group game, England men’s team have produced some encouraging performances against Lebanon and France. This has been a fantastic Rugby League World Cup so far, and I hope that both England teams can go all the way, and bring the trophies home.”

Group Chair and Member of Parliament for Bradford South, Judith Cummins MP, said: “It is fantastic that the men’s and women’s Rugby League World Cups are being run side-by-side for the first time ever. I’ll be cheering both teams on for the remainder of the competitions, and am hoping that success will encourage more young people across the UK to get involved with Rugby League.”

The full text of the motion is as follows:

League Express, published on Monday, or online on Sunday evening, will have full reports, photos and comment from both the men’s and women’s tournaments. Available from newsagents or by download from totalrl.com