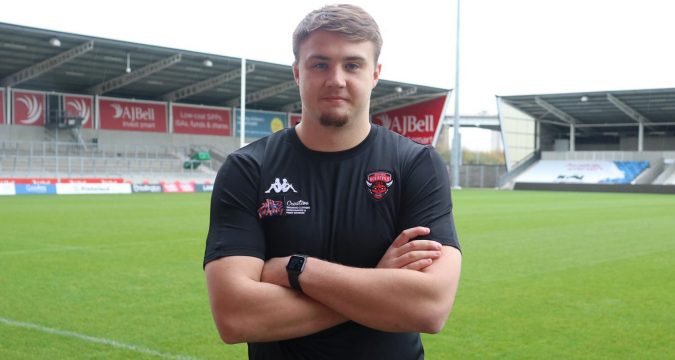 The hometown player joins the club from Wigan after supporting the club growing up.

“When I watched Salford players walkout before a match as a young fan, I’d look at them and was in awe. The thought of doing that myself is surreal,” he said.

“I’m looking forward to starting a new chapter in my career and to do that at my hometown club really means a lot.

“I was one of those kids, looking up to the players when I went to watch Salford with my brother and my dad.

“I was a season ticket holder for ten years and it was players like Andy Coley and Stuart Littler who inspired me to start my career, so hopefully I can be in the position that they were.”

Head coach Richard Marshall added: “Jack’s a player who is well suited to the modern game.

“The first time we met, he mentioned what it would mean to play for his hometown team.

“I hope he can inspire many future local players to represent our club and I’m sure that will give him a bit of extra motivation, as we go into the preseason.”