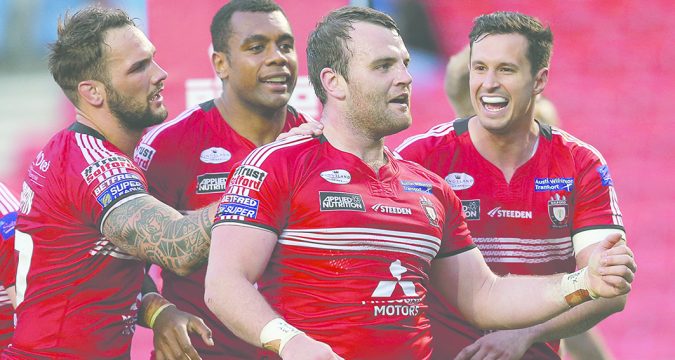 The former Widnes prop has signed a two-year deal with the club after reaching two major finals in as many ways.

Burke said: “To do what we’ve done in two years has been unreal.

“We’ve gone from the middle-eights to reaching the Grand Final and the Challenge Cup Final and now we’ve got to keep competing.

“I’ve had some great memories here. I remember that semi-final win at Wigan felt like a home game, especially when the fans cheered at Mossop going over.

“That’s something that will stay with me forever, so we’re really excited to have them back with us next year.”

New head coach Richard Marshall added: “Greg’s a tough, resilient player, who’s proved himself to be an asset with ball in hand.

“From the reports I’ve had, he’s also the kind of character that every club needs, so I’m looking forward to working with him.”