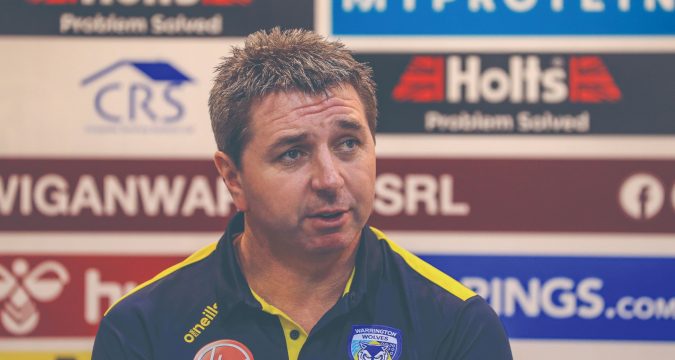 Steve Price, the Warrington Wolves head coach, is in camp with England’s rugby union side ahead of their Autumn Nations Cup Final.

England head coach Eddie Jones revealed Price had been invited into the camp to aid their preparations for the final with France.

It comes after Jones was critical of the current trends within the 15-man game, which have resulted in claims the game has become less entertaining.

“I have always said we need to make the game more fatiguing. We have too many stoppages in place,” Jones said.

“We have got Steve Price, the Warrington Wolves coach, in camp. He was talking about how in Super League their ball in play is 68 minutes, which is twice what it is in Test match rugby.

“Increasingly we are creating shorter periods of play and longer periods of rest and that does not produce any fatiguing effect in the game. We need that to come in to create some space.”

Last year, Jones attended a Warrington Wolves training sessions to pass on his knowledge to the Wolves squad.