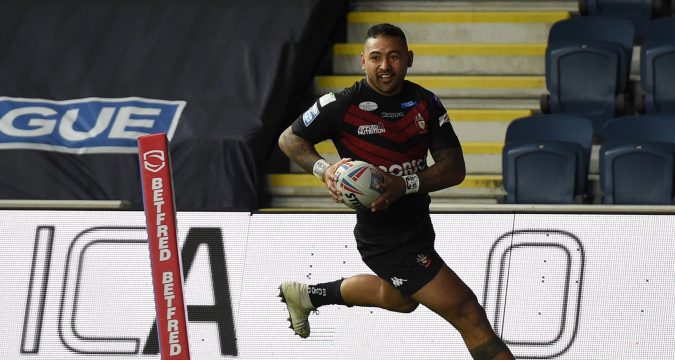 Salford Red Devils scored 28 unanswered points in the second half to complete a dominant display over bottom-placed Leigh Centurions.

Leigh were also winless and had a number of positional switches to contend with; Craig Mullen moved to full-back and the duo of Ben Reynolds & Ryan Brierley played at half-back, while Anthony Gelling made his Leigh Centurions debut at centre.

The Centurions held the lead at half-time with Matty Russell’s finish out-wide and Iain Thornley’s effort sandwiched in between James Greenwood’s powerful charge for the line.

But Salford dominated the second half. Kevin Brown scooted his way over and finished a move under the posts, Ken Sio raced away for a length-of-the-field effort and Chris Atkin crashed his way over.

Harvey Livett had already assisted two, but added his name onto the scoresheet in the final minutes after some swift passing from the hosts.