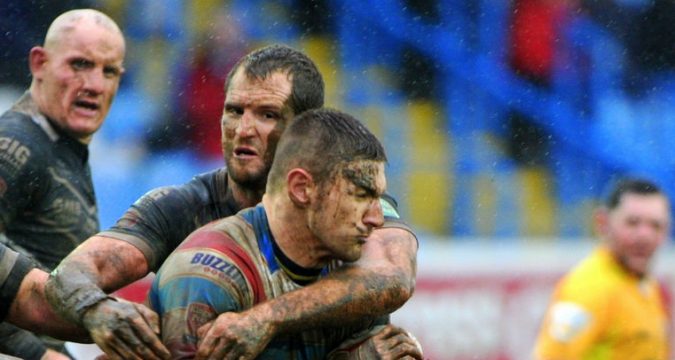 The Championship club confirmed on Monday the former Warrington Wolves youth product has signed a contract with the Red Devils for next season.

Bennion joined Rochdale after being released by Halifax at the end of last season and made 28 appearances for Alan Kilshaw’s side this year as they consolidated their place in the Championship.

He becomes the latest lower-league talent to join the Red Devils ahead of next year, with Newcastle’s Derrell Olpherts also set to make the move to the club next season.

“Through our good relationship with Alan Kilshaw we’ve been keeping tabs on Gavin throughout the 2017 season and he’s put in some massively impressive performances for Rochdale,” said Salford head coach Ian Watson.

“He’s a young, hungry forward with a great work ethic and excellent attitude and we believe he can grow into a quality Super League player.

“I first came across Gavin at Warrington where he showed plenty of potential. Gavin then choose to go across to Australia to help with his rugby education where he was selected for the Queensland residents team.

“Gavin has shown his development this year while working with Alan at Rochdale and hopefully he can continue that here at Salford Red Devils. I’m excited to work with him next season and I feel he’ll prove to be a good signing for Salford.”