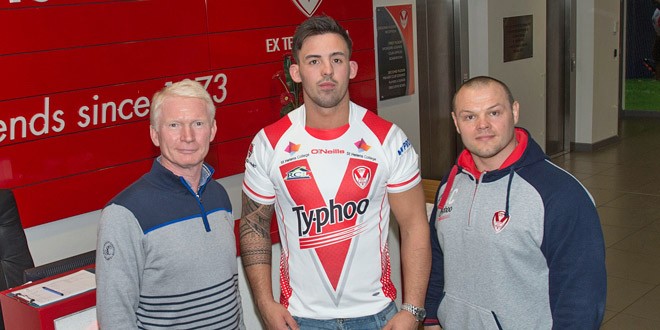 Haggarty, 24, who played for Salford’s academy and reserve sides early in his career, joined Saints on a three-year contract in February before being loaned back to Dewsbury and then going on to play out the season with Rochdale.

He said: “I’m excited to be back at Salford for 2016. It’s where I started and I’m looking forward to getting some game time.

“With Tim Sheens overseeing things here at Salford, I think it’ll be a good year to be part of the club. I’m just going to play as well and as much as I can and impress the people I need to.”

Salford head coach Ian Watson said: “We’d like to thank St Helens for allowing Matthew to come to the club for 2016. He is a big, powerful athlete who has great potential and I’m sure he will thrive in our environment.”

A Saints spokesman said: “This is a good move for Matt as he needs regular first-team football at a high level. He will get this at Salford and we will be monitoring his progress closely.”