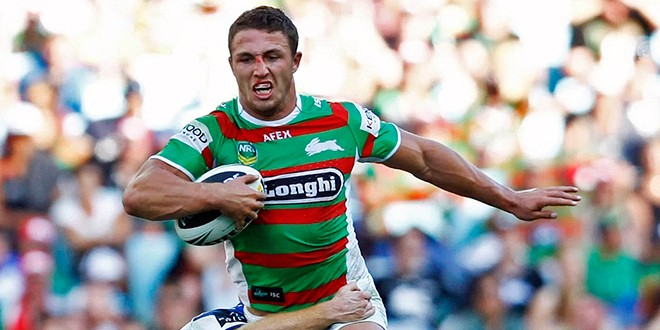 You’ll forgive me, I hope, if I don’t join in the general mood of celebration over the impending departure of Sam Burgess to rugby union.

To listen to some commentators, you would take it as a compliment to Rugby League and a positively good thing that the other mob should want one of our best.

There will be no celebratory beacons lit on hilltops around these parts, no “Good Luck, Sam” parties on the village green. As far as I’m concerned, it’s just one of our best, made and moulded by the game of Rugby League, going over to the enemy.

Of course, as a fellow human being, I wish anyone well in whatever they choose to do in life. Just don’t ask me to applaud this particular choice.
And don’t give me any of that guff about a new challenge. The last time I looked, there were plenty of challenges left in Rugby League, a sport in which Sam has won precisely nothing.

His emergence at Bradford coincided with them going into a decline from which they may or may not recover. For all the money South Sydney have thrown at their team, there is still no sign of them breaking their drought.
At international level, his reputation rests largely on a glorious failure – his admittedly mighty performance against New Zealand in a World Cup semi-final.

No, I shall take more interest in future in the developing careers of Luke, Tom and George, not to mention the distant, Lancashire-based member of the clan, Joe.