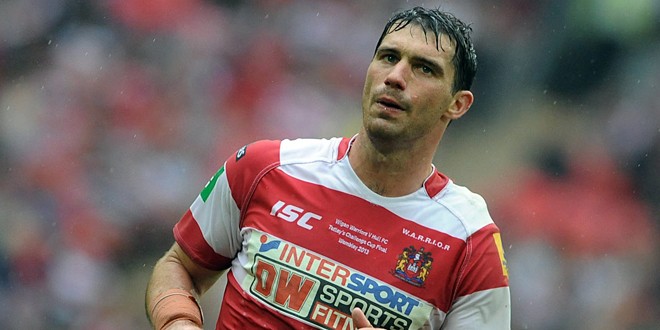 Wigan Warriors scrum half Matty Smith claims winning another Challenge Cup will be harder given the weight of expectation that comes from being reigning champions.

The 26-year-old said: “I suppose the challenge is harder, because everyone is going to want to beat us as holders. But there is always pressure on Wigan, and there’s a certain expectation, it’s obviously one of the biggest clubs in the world.

“We’ve talked about it and we want to win trophies. We’d like to do that double again, and we’re going to give everything in the Challenge Cup. We really enjoyed it last year.”

Smith, who won the Lance Todd trophy in last year’s final added: “I love playing under the kind of pressure that those games [finals] bring. I know it makes me perform and I think we perform well as a team under that sort of pressure too.

“It’s the best feeling ever to win it. The build-up in the week is great as well as the atmosphere on the day. I watched it when I was a kid and to get the chance to play and win last year was a great achievement for everyone. We watch little clips back even now and the hairs on the back of your neck still stand up.”

The first hurdle the Warriors must overcome is Dewsbury Rams, who they play this Sunday. Smith says they will not be taking the Yorkshire club lightly.

“We’re taking a full strength squad there – we won’t be underestimating them,” he said. “We played at Featherstone a couple of years ago and they gave us a good test. When it’s a hostile atmosphere and not the best ground you can’t underestimate them, but hopefully we can go there and get the win to move on to the next round.”