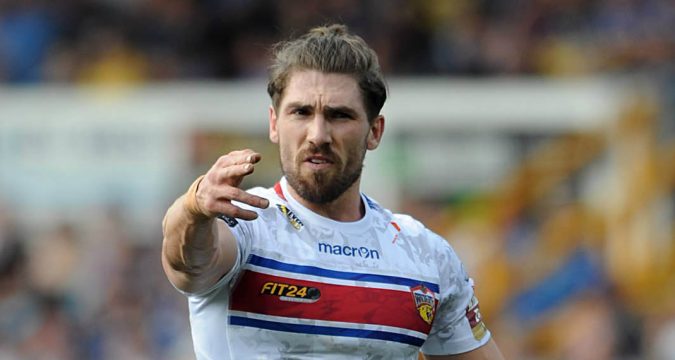 Workington Town’s marquee signing Jarrod Sammut has thanked the club for their patience in sorting out a deal to bring him to the club.

Sammut finally agreed on terms with the Championship side last week after a long-running transfer saga that has taken the duration of the off-season to sort.

It had been well documented that interest was rife throughout the Championship for his services, however, Sammut has admitted that he had been holding out for a deal from either a Super League or NRL side. He had made his aspirations to play top flight Rugby League clear to Workington throughout the process, keeping them in the loop about his current position.

Sammut revealed the club were fully cooperative with him throughout the process and that their willingness to get him on board was a big factor in his final decision.

“The dedication and the patience the club have shown over the period has made me feel wanted again,” he said.

“If something had turned up in Super League or NRL, that wouldn’t have worked out so great for Workington.

“I’ve still got the ambition to play at the top whether it be here or back home and I was up front with them about that, and they understood where I was coming from.

“I haven’t rushed into anything, I’ve left doors open for as long as I could for an NRL or Super League club to come in, but that wasn’t to happen this time and I’ve been very fortunate that Workington have been so patient with me and now we have come to an agreement.

“Both Workington and myself complimented one another at the back end of last season, so I’m looking forward to going back there and playing there again.

“Now I just want to get back out on the field next year and try to play some good, consistent football.”

His new deal shall see him extend his short stint he had at Town at the back end of last season, and Sammut is hopeful he can carry on the form that saw him score 11 tries in 13 appearances.

“I only had a short stint at Workington last season, but the time I spent there I enjoyed,” he said.

“Going part-time was an eye-opener for me and it took me a little bit of time to settle into things, but the team wanted to achieve what I wanted to achieve and I’ve built up a good relationship with the coach Phil Veivers. Obviously my best mate (Latu Fifita) is here too, which is a massive bonus for me.

“It’s always a good thing to have things sorted and knowing you have a regular income to support your family. There have been sleepless nights where I have been pulling my hair out but now that has come to an end.

“The team at Workington has a lot of potential, it just lacked self-confidence. Putting together a couple of performances gave us the confidence to not worry too much about things in the game which can have a domino effect. As a team, we’re looking to carry on and not let mistakes or bad habits creep into our game.

“Personally, I’d like to push for the top four, but we definitely need to find ourselves in the top eight by the Middle 8s. We need to start from round one. We can’t afford to labour around and pick up at the back end like we did last year. We really need to start strong and let that momentum take us through the season.”

As part of his contract, Sammut will also work in the community to boost the profile of the club, however beyond that he is now considering different options outside of the game to increase his workload.

It represents a new challenge for Sammut, who revealed that he was forced to play through the pain barrier in 2015 after suffering major injuries to both of his wrists, but due to the uncertainty of his Rugby League future after his departure from Wakefield left him without a full-time income, he was determined to carry on playing.

“I’ve had a reconstruction on both my wrists.

In what was scheduled to be in & out procedure turned into me being out cold!.. On the positive I now am pot free.?? pic.twitter.com/kPdK32KD6C

“At the start of the season I severed my scapholunate ligament in both my wrists. I did one on loan at London when we played Whitehaven and three weeks later I did the other playing for Wakefield against Warrington.

“I played out the rest of the year getting a jab before a game, but I couldn’t carry on any more. Once the season was finished I got them done.

“Playing was quite painful. I couldn’t necessarily grip or catch a ball, it was things like that. When it comes down to further injuries, I could have broken wrists because it was so disjointed.

“If I had a contract already in place I would have got the surgery done there and then. But I needed to get something sorted so I could provide for my family, so that meant playing on. There was a risk there but it was what I needed to do.

“Hopefully that will prove to be the right choice, I can get back fully fit and I won’t need to be worrying about needles before a game.”

Sammut is now hopeful he will be fit for Workington’s Championship opener with Sheffield on February 7th.