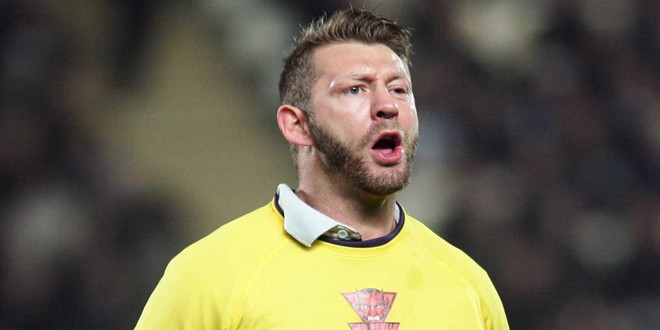 Former Great Britain star Sean Long says he wants to help establish Salford as one of the game’s biggest forces after joining the Red Devils as an assistant coach for the second time.

The 37-year-old, who revealed he was severely depressed and contemplated suicide in January, feels “relaxed and switched on” and claims he is keen to repay Devils owner Marwan Koukash for his faith in the St Helens legend.

“I feel far more relaxed and am so switched on again,” he told the Manchester Evening News. “Rugby League has been my life from a very early age and I live for the game. I also love being involved at Salford and it is so good to be back.

“I am very happy at Salford. It’s a great set up, good people and we all know how ambitious the owner Marwan Koukash is. I want to do my bit to help him really establish Salford as a genuine force within the game.”

On the subject of making the transition to head coach, Long added: “I still feel I am learning and the next two or three years is so very important. For the time being, my total focus is on earning my stripes here at Salford and helping take the clubs onwards and upwards. I will look at being a head coach when I feel the time is right. I have signed a contract until the end of the season and there is an option to stay on longer.

“I just love the daily involvement. I work hard because I want to give something back and help players develop and play to potential. I feel at home within the Salford set-up.

“We are a club heading in the right direction but it’s going to take time. We have the quality and certainly have the ambition. I have never looked back since returning.”

Dr Marwan Koukash said: “Sean has a fantastic work ethic. He is here at 7am and is the last to leave at night. He was a great players with some great clubs and having him here is a huge bonus for us. He is so productive and enthusiastic.”