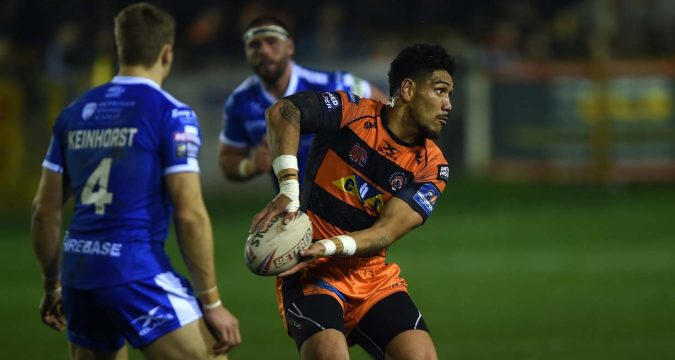 Jesse Sene-Lefao will miss Thursday’s play-off eliminator after being charged for dropping his knee onto Oliver Partington.

The Castleford forward was sent off for the offence and has been slapped with a Grade C charge, which carries a two-match ban.

The victim, Partington, has also been charged for a tackle of Cheyse Blair later in the game and has been handed a one-match ban, meaning he will miss Friday’s game against Salford.

Hull Kingston Rovers hooker Matt Parcell has been cited for a Grade C dangerous contact offence and has been handed a three-match ban, while Leeds’ Luke Briscoe and Warrington’s Matty Smith have landed one-match bans for Grade B offences.

Meanwhile, London’s James Cunningham could face a period penalty ban after copping a Grade F charge for unacceptable language. The incident has been referred to a tribunal.