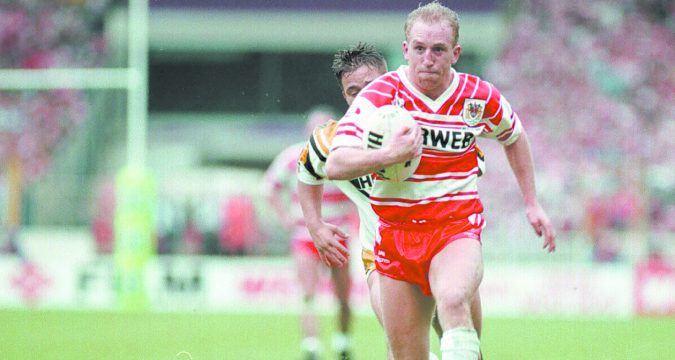 Shaun Edwards has revealed his ‘burning ambition’ to return to Rugby League as a head coach.

The former Great Britain captain ended his glorious playing days in 2000 with London Broncos, after a 17-year career that saw him become the most decorated player of all time.

At that time he wanted to move into coaching, but an application to coach the Broncos jointly with Peter Gill, the veteran Australian forward, was rejected. Warrington made him an offer, meanwhile, but at the turn of the century Edwards preferred to work in west London to be near his then young son.

As a result, when he received an offer from the Wasps club in the 15-man code, he accepted it, despite the terms being less favourable than Warrington’s. He has remained in rugby union ever since, going on to enjoy success with the Welsh national team after Wasps.

The Wigan legend has regularly been linked with a return to Rugby League and has spoken of his desire to win the Super League title.

“I do have an ambition to be the first rugby head coach to win a Championship in rugby union, as I did with Wasps in 2008, and then to do the same in Rugby League,” he revealed.

“That would have been laughed at 30 years ago. I do have a burning ambition to do it. Whether that opportunity arises, I don’t know. That’s up to the clubs in Super League.”
Edwards acknowledges that Rugby League has changed since his playing days, but that he has kept in touch with his game and is a keen student of modern philosophies.

“With good assistant coaches, the transition wouldn’t be a problem,” he said.

“I’ve studied Rugby League all my life. I can see the way the game is changing. For example, some teams play from the middle of the posts and attack an edge, some have gone back to 30 or 70% lines, so they have more of a back-line set.

“What I like about Rugby League at the moment is we’re actually seeing some scrum moves. Teams are scoring from the first phase.

“I’m always studying the game of Rugby League. Every time I watch it, I’m writing little notes down.”

A full Q&A with Shaun Edwards is available in League Express. Buy in stores now or online at TotalRL.com/le.