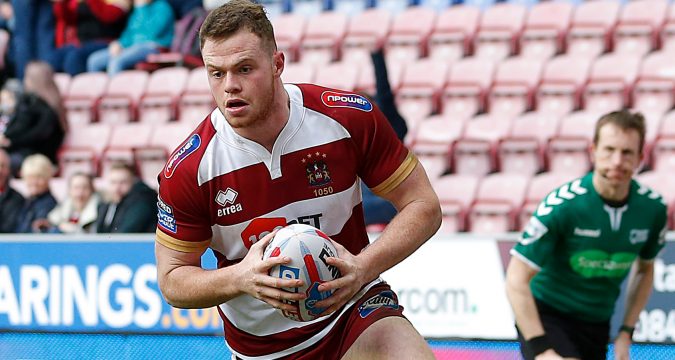 Joe Burgess has been ruled out for the rest of the season after injuring his anterior cruciate ligament.

The winger, a part of the England Knights squad, landed awkwardly during the club’s victory at Widnes last week.

The 23-year-old will now have an operation that will keep him out for the rest of the year.

“I’m gutted for Joe because I know how hard he has worked to get the level he is at,” Wane said.

“His last three games have been his best of the year and he was playing really well. Joe is one of the best wingers in the competition and he will be back stronger than ever I’m sure.

“Joe is obviously very disappointed but is determined to get back as soon as possible.

“This is where our welfare programme really comes into its own and we will guide Joe through this period of recovery.”