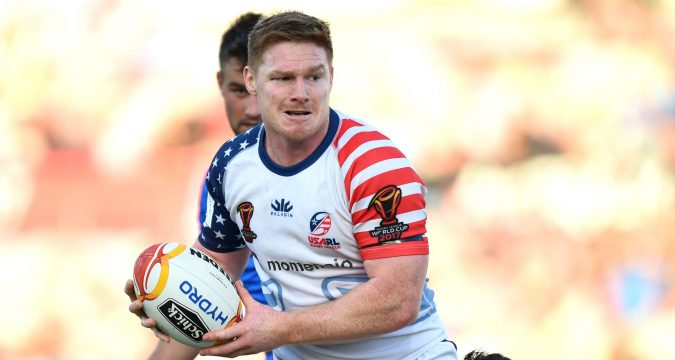 The 30-year-old was without a club following his release from London Broncos, where he had spent the last two seasons.

He was an ever-present for Brian McDermott’s side at the World Cup, and has now returned to England to link up with Ireland head coach Mark Aston at the Eagles.

“I met Mark (Aston) over in Australia at the World Cup and we had a good chat there, he seemed like a real good bloke and a good coach and the Eagles would be a good club to come to.

“I’ve had a few mates play here before and they have said nothing but positive things about the club and the city so I’m over the moon.”

Aston added: “It’s great to bring Mark into the squad for 2018. He’s a strong, dominant forward and will provide some heavy firepower up front for us.

“We have lost some of our senior players including our vice captains (Straugheir & Wheeldon) but Offerdahl is an experienced player.”