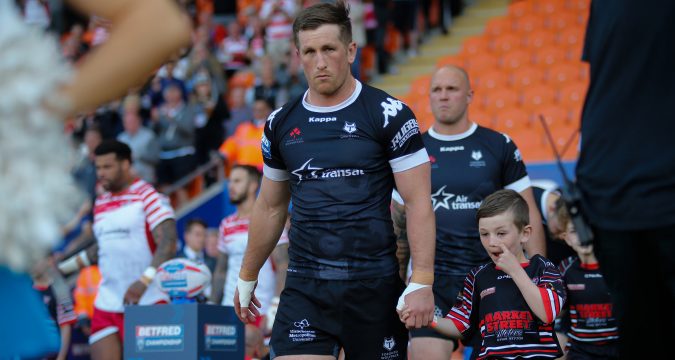 League Express editor MARTYN SADLER considers whether the Championship clubs should bite the bullet and equalise their distribution of Sky funding.

The Championship and League 1 clubs are due to meet this Friday in Bradford to determine their strategy in the years ahead in relation to the structure of the leagues and the distribution of funds from the Sky TV broadcasting deal.

The current distribution of funds heavily incentivises clubs to finish in the top four, with the aim of making those clubs competitive with Super League clubs in the Qualifiers.

In contrast, the allocation of funding is currently equal in Super League and League 1, with clubs receiving around £1.7 million in the top tier and £75,000 in the third.

£3.775 million is currently allocated to the league annually, which equates to £314,583 for each club if that funding was split equally among the twelve clubs. Inevitably that means that the clubs finishing in the top four would lose out, while the clubs in the next eight positions, including the two promoted clubs, would all gain, with some doubling their money.

The problem with this idea was that it was put forward by Mr Lenagan, whose paper circulated last October made it quite clear that he thought the Championship and League 1 clubs were getting too big a share of the income from BSkyB. So those clubs are unlikely to buy what he is trying to sell, even though in its current form it might benefit a majority of them.

And it does need to be changed. Whenever I look at the Championship competition this season, it strikes me that it is really two competitions in one, made up of the top six and the bottom six.

There are the four clubs that finished in the top four last season and therefore earned the right to a very high distribution of funds this year. They are joined by Toronto and Toulouse, who both have independent sources of finance and have ensured that the battle for the top four this season is such a compelling one.

But then we have the other six clubs who lack the financial resources to compete on a level playing field.

And the result is that we get some resoundingly one-sided games, as we did last weekend when every game was contested between a team in the top six and one in the bottom six.

And, regardless of what Ian Lenagan or anyone else says, that is the best possible argument for a change to an equal distribution of funding.

The truth is that if it weren’t for David Argyle being able to fund Toronto’s ambition, and Toulouse also having funds that don’t depend on the Sky distribution, we would probably have just four teams battling for those four places in the Qualifiers. This year the competition is extremely exciting, but because of quite exceptional circumstances that won’t last forever.

No one likes to lose funding, but for the good of the game a move to equal funding in the Championship really has to happen if we are to change the structure of the leagues. I don’t know whether it will, but at the moment the integrity of the Championship competition is sacrificed in order to secure a competitive Qualifiers competition. I think that is the wrong way round. I would much rather have a tightly contested Championship from the first round of fixtures.

I hope the Championship clubs will consider this issue seriously.

What they really need to do is to send a delegation to Sky’s office in Isleworth to persuade the broadcaster to screen weekly games for the competition next year, or to forgo the rights and hand them on to someone like Premier Sports, who I’m sure would appreciate the opportunity to show Championship games again.

This article is an expanded version of Martyn Sadler’s ‘Talking Rugby League’ column that was published this week in League Express. See next Monday’s issue of League Express for an account of the meeting of the non-Super League clubs.