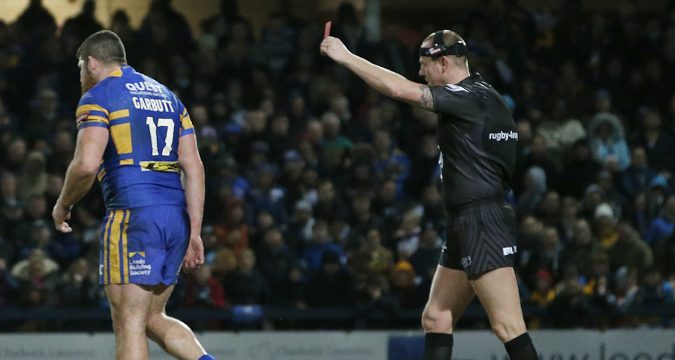 When Richard Silverwood blows his whistle to officially start tonight’s game between Leeds and Hull KR, it will signal the beginning of his 400th Super League game in charge.

The experienced official is currently in his 16th season as a top-flight official, first taking charge of a game between Salford and Halifax Blue Sox at The Willows in 2001.

The Dewsbury-born ref has been in charge of numerous high-profile matches, including the 2010, 2012 and 2013 Super League Grand Finals and the 2013 World Cup Final.

“It’s come as a surprise. It’s not something I ever really looked out for but it’s something I’m very proud of.

“I was fortunate to break through aged 24 and a lot of things have changed since then. The game has got quicker and the job has got harder, but I still really enjoy it.

“It’s an exciting time to be a Match Official,” he continued.

“There’s a lot of investment going towards referees at all levels of Rugby League now, so standards are definitely going up and there are lots of young officials coming through our pathway, which is great to see, and can only help improve our game even more in the long-term.”

RFL Chief Operating Officer Ralph Rimmer added: “On behalf of everyone at the RFL, I would like to extend thanks and congratulations to Richard on reaching 400 games at the highest level of Rugby League.

“Officiating our sport at any level is not an easy job, and week in, week out, all our Match Officials deserve our thanks and respect because, without them, there is no game.

“Very few, however, reach the milestone of 400 top flight fixtures and this achievement is a testament not only to Richard’s professionalism and strength of character but also to his deep down love of the sport. Congratulations!”