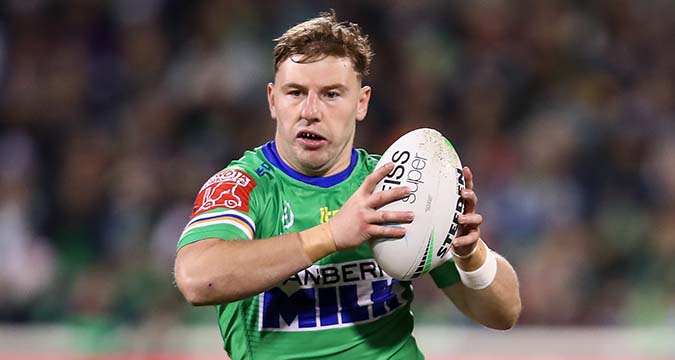 Leigh, Leeds, Wakefield and Newcastle Thunder are among the clubs interested in England halfback George Williams following his departure from Canberra.

But former club Wigan and Warrington are believed to be leading the chase for the 26-year-old.

Wigan have first refusal on Williams via a clause in the deal which took him down under for an undisclosed fee on a three-year contract ahead of the 2020 campaign.

He had asked Canberra if he could leave at the end of the season, but it has been decided to part ways now to “allow both parties to plan for their respective futures”.

Recent reports in Australia suggested Warrington were set to sign the unsettled star at the end of this year.

Canberra chief executive Don Furner said: “George and his partner have asked on a number of occasions for a release to return to England to be closer to their families and we’ve decided to grant their request.

“Over the past several weeks we have supported George and provided him with the best welfare support we could. However as a club, we felt that his position at the club moving forward became untenable.”

Williams made 178 appearances for Wigan from 2013 to 2019 and was in the Grand Final-winning teams of 2016 and 2018.
John Bateman cut short his stay with Canberra to rejoin Wigan at the end of last season.