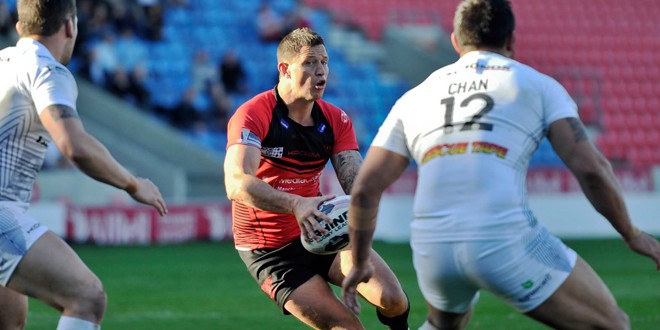 Tim Smith had plenty of offers aside from rejoining Wakefield Trinity Wildcats, according to his new coach, James Webster. Smith rejoined the Wildcats on loan until the end of the season earlier this week, and will make his debut against London tomorrow night.

And Webster paid tribute to Smith for backing himself to come back to the Wildcats – where he spent two hugely successful years – and says he has made an instant impact around the club since returning.

“Tim had plenty of sniffs form other clubs. That speaks volumes for how much he enjoyed his time at this club. He could have gone somewhere to a team that aren’t in a position we’re in at the moment, but he’s backed himself,” Webster told the media.

“He’s backed himself to be our number one ball player – which is what he wants, and what we want. He’s been brilliant this week. Timmy knows the boys and he knows how we like to play. The boys noticed straight away that he brought an impact to our team, and he’s a class player.

“It wasn’t really like bringing a new player in; Tim was the catalyst for the good run we had over the last two years. He likes being the main man, and he likes to call the play out there – which is something we’ve been missing a little bit.”