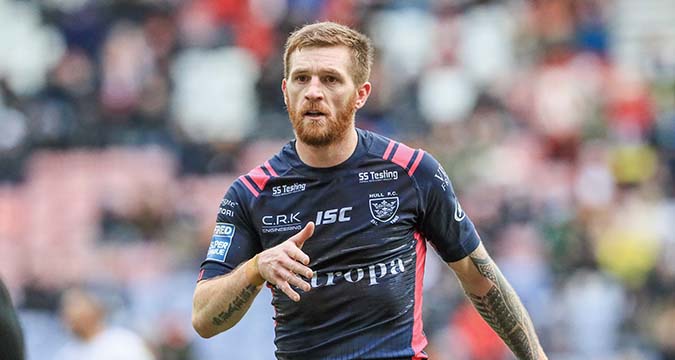 If Brett Hodgson wants to ensure Hull FC secure silverware this season, then finding a tonic for their crippling inconsistency will be the key.

Halfback Marc Sneyd is all too aware of how debilitating the club’s hot and cold performances have been over the years, having seen first-hand just how large a gulf there can be in quality levels from week to week.

The inability to produce strong performances week after week not only infuriates the squad, but it also puzzles them.

Sneyd, however, is hoping that 2021 is the year they finally find greater consistency.

“It’s the hardest question to answer and the answer is blunt,” says Sneyd.

“If we knew how to solve it, it wouldn’t be happening.

“Personally, I think it’s about getting yourself ready as an individual. If I do my job, that will help the whole team perform, and if everyone can do that individually, it will come together collectively. But that’s not happened enough.

“It’s really hard to think about changing things you do, because I’ve not once felt like I’m going to have a bad game. If you feel good, that’s half the battle, and then producing it is the other.”

Hull will be pinning some of their hopes on Sneyd’s new halfback partner Josh Reynolds, who has linked up with the club following his move from Wests Tigers.

It’s a partnership the Lance Todd trophy winner is looking forward to forging, with Sneyd believing Reynolds will be the perfect decoy for him to do his work.

“I’ve spoken with Josh a few times over the last week and the things you’d say are his strengths aren’t quite mine, but on paper, it should be a good partnership.

“If you think of the halves I’ve played with over the last few years, they’ve not been too much away from each other, Jake (Connor), Alby (Albert Kelly), they’re good runners, they can dip in and out of the game, and they can pull off that superstar play.

“Josh is still a good runner of the ball, but he’s got an outstanding short kicking game and that takes some pressure off me.

“In most teams, eight or nine times out of ten the main kicker will get the ball, but the more kickers we have the easier it makes it for all of us as you get that bit more time.”