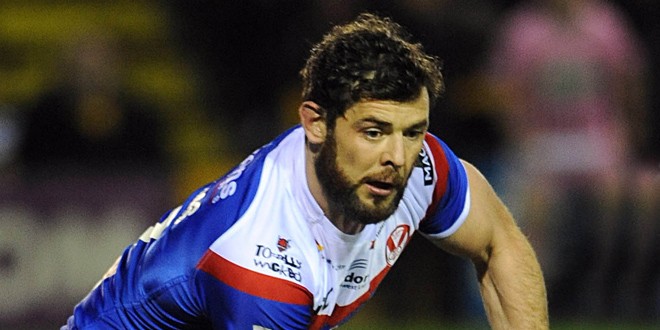 St Helens captain Paul Wellens is expecting a tough test from Warrington Wolves when his team face them at the Magic Weekend on Sunday.

Despite Saints beating Warrington in the opening round of the season, Wellens believes that Warrington possess a quality that should not be underestimated.

“Warrington are always a threat, they are a fantastic side and I don’t think that their league position at the moment does them justice,” said Wellens.

“They have improved since we played them at the start of the season and I have a sneaky feeling that they will be much more difficult this time out. I think the way they played against Catalan Dragons last week shows that they are moving in the right direction – we are expecting a tough game.

“We bounced back from getting knocked out of the Challenge Cup with the win at Bradford Bulls and now I think we have rebuilt the momentum that we had at the start of the season, and there is not better stage to continue that on than the Etihad Stadium.”

St Helens star Wellens has a lot of memories of Magic Weekends gone by but highlights the first ever event in 2007 as his favourite. With ticket sales at an all-time high this year, the Saints superstar hopes that the fans once again enjoy this very special weekend of Rugby League.

“I remember when we played Wigan Warriors in Cardiff at the first Magic Weekend in 2007 because I scored four tries, which was a brilliant moment for me,” said Wellens.

“As a Manchester City fan, I have really enjoyed playing at the Etihad. It’s a bit surreal because I was only sat there watching City last week thinking I’ll be running round on that pitch next week.”

“It is always a great weekend, it’s such a unique concept to have all the supporters in one stadium at the same time, it’s really special. It is a fantastic way to promote the sport and I’m really looking forward to it, hopefully we can give a good account of ourselves on the day.”