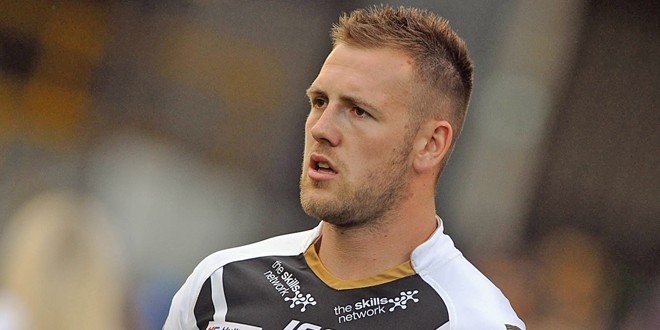 Hull FC forward Joe Westerman believes that a victory over rivals Hull KR can kick-start their ailing season, as the pressure mounts on the squad after their disappointing start to 2014.

The Black and Whites are inside the play-off places on points difference alone – ironically just one place above their bitter rivals at Hull KR. However, whilst Westerman – who labelled his side’s form as a ‘joke’ earlier this week – knows the season has been a poor one so far, he has identified the Magic Weekend as the turning point of their season.

“To get back to winning ways in front of 40,000 people will be pretty special,” Westerman said. “I think a win this week will start to get the fans back on our side and kick-start our season once again.

“We’re going to have a big week with a lot to do and a lot to practice on. We expect to be up there towards the top end of the table and beat the best, but we’ve just got to show more quality out on the pitch.”

FC will be aiming to get revenge for their narrow derby defeat back in April, when a late Craig Hall drop-goal edged Rovers a 21-20 victory in East Hull.