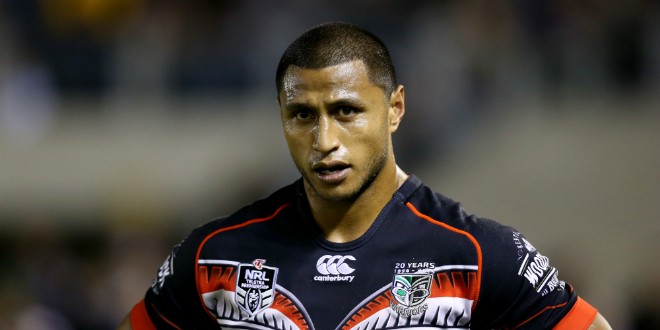 Peyroux’s contract with the Warriors expires at the end of this season, and after struggling to hold down a regular spot in the Warriors side over recent years, the 26-year-old has now agreed a two-year deal with Keiron Cunningham’s men.

“Dominique is a versatile player who can cover a multitude of positions,” Cunningham said. “He is a proven NRL player, has a keen eye for the line and will fit well into the systems we have here at the Saints.

“We’re looking forward to him joining us next season.”

Peyroux has played just 20 NRL matches for the Warriors over nearly three seasons, mostly as second row or loose-forward cover off the bench.

Internationally, Peyroux has made eight appearances for the Cook Islands, scoring five tries, including two in the 2013 World Cup.

The following season he represented Samoa and was part of their squad for the 2014 Four Nations campaign.