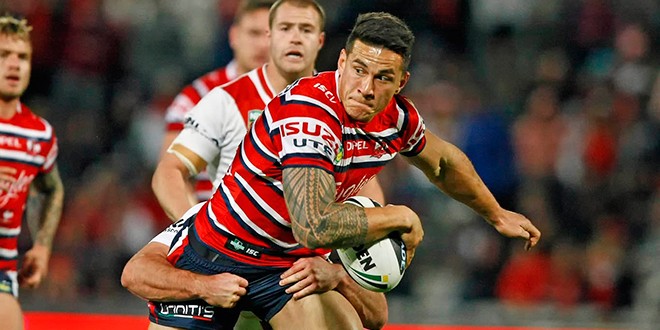 Malcolm Andrews gives his compliments of the season.

Apologies to everyone if I sound a bit like the Grinch.

But it is that time of year again … the time when everyone descends on the main shopping centres at the same time to make my life a misery.

It becomes virtually impossible to find a parking spot when you are going about everyday, if sometimes mundane, tasks. A hair cut. Picking up David Middleton’s wonderful Rugby League annual from the newsagent. Meeting mates for your weekly cuppa at your favourite café.

Depositing a welcome cheque from the folks at the NSW Lotteries (Yes, I did manage to get one for 50 bucks the other day. Not quite the $27 million for which I had been hoping, but nevertheless very welcome).

Buying case of the singing syrup (and not the two dozen Stella Artois which, for some reason, I discovered had been brewed in Britain). Swooping on the health food shop for the supply of ‘liver guard’ to try to undo some of the damage caused by the said hooligan soup.

No, everyone has to leave it to the last couple of days to buy their Christmas presents, instead of picking them up throughout the year when you see what your family and friends would really like … and then hiding them in a box at the back of the garage.

Then there are all those awful car drivers, like me, who shouldn’t be allowed on the road for not only their own safety but every one else’s as well.

You noticed I included myself. The only driver worse than me was my dear late father. He could – and I can – survive when there are only a few vehicles on the road, but not in the Christmas chaos.

But it all set me thinking about some Christmas presents I could have bought ready for jolly old Saint Nick’s arrival on the night before Christmas.

● A replica World Cup winner’s medal for Sonny Bill Williams, which he could have in turn presented it to the Melbourne Storm’s Tohu Harris. He was the man who lost his spot in the Kiwis’ squad, because SBW, after first saying he wasn’t going to England, had second thoughts.

● A copy of my most recent Rugby League book ‘Hardmen’ for Tony Williams. His switch from Manly where he was a fearsome sight to behold to Canterbury was as great a fizzer as the previous switch of Adam Blair from Melbourne to Wests Tigers. It was no wonder that neither T-Rex nor Blair came within a bull’s roar of selection for the World Cup.

● The Dalai Lama’s Book of Love and Compassion for Sydney journalist Rebecca Wilson. Ms Wislon (Andrews spelled it that way apparently on purpose – Ed) showed neither love or compassion for the family of teenager Thomas Kelly, who was punched to death in a savage unprovoked attack in Sydney last year. Ms Wislon used the case in a vitriolic column on Billy Slater for the incident outside a Manchester nightclub and Tim Sheens’ defence of his star fullback.

● A DVD player for England coach Steve McNamara so he won’t miss seeing replays of the form shown by Gareth Widdop in the future. Widdop should have been the England stand-off from the very first match of the World Cup. But McNamara will have a chance to see Widdop close-up in 2014 and his boss Trent Robinson will make sure he takes notice.

● A copy of The Power of Positive Thinking by Norman Vincent Peale for the board of the North Queensland Cowboys. Fancy, living up to their own moniker, the Cowboys, they sacked their most successful coach, Neil Henry, and then saw North Queensland put together a winning streak. Henry and his players were only bundled out of the play-offs by an outrageous refereeing decision. For the board it was red faces all round.

● For Ricky Stuart – membership of any one of the plethora of loyalty programmes that are set up by companies in an effort to fool the general public. He told half the Parramatta playing squad they should look elsewhere for a job. And then he found himself one … with Canberra. And a similar present for the Parramatta board, who dithered about his replacement, for a while leaving both prospective new coaches Jason Taylor and Brad Arthur in limbo. Well done, chaps.

Wayne Bennett is in no need of any Christmas presents. He got all he needed from his players on the rugby pitch. They gave him the chance to thumb his nose at the Sydney media, who has not liked him since he once criticised one of their number. They had referred to his side not as Newcastle but Oldcastle. However Dad’s Army made the play-offs and finished in fourth place.

Bennett then put the very same journalists, who think Rugby League doesn’t extend past the NRL and the World Cup was a waste of time, firmly in their place.

“This is not about now,” said Bennett.

And so say all of us.