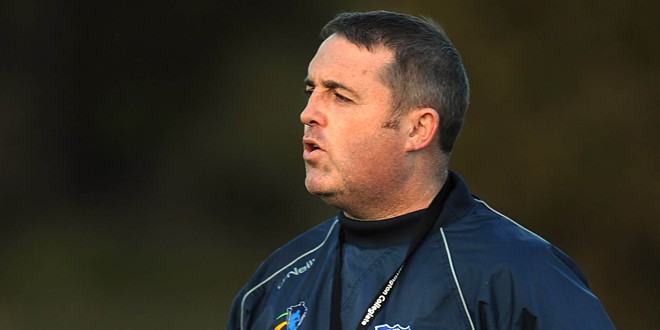 The University of Gloucestershire All Golds are delighted to announce that Scotland International Head Coach, Steve McCormack, will join the club with immediate effect initially until the end of the season.

McCormack brings a wealth of experience to the club. He is the longest reigning Scotland coach in the history of the nation and had a successful Rugby League World Cup in charge of Scotland where he secured victories over much fancied Tonga and USA plus a draw against Italy. It was in the Quarter-Final that they were knocked out by a mighty New Zealand side led by Sonny Bill Williams.

Alongside his international career he also has a very impressive coaching career in the domestic game. His first coaching appointment had been at Salford, who made him the youngest coach in Super League. He won National League 1 Coach of the Year twice having taken Whitehaven to 2 Grand Finals and just missed out on promotion to Super League. He was appointed coach of Widnes and led the club to 2 National League One Grand Finals and also won the Northern Rail Cup.

Furthermore he masterminded Swinton’s Championship 1 title victory in 2011. This won him the accolade of Coach of the Year.

Speaking of the appointment, McCormack said: “I am delighted to be appointed by the All Golds. Having visited the University of Gloucestershire recently it was clear that the team and staff involved are very passionate and determined to improve all aspects of the All Golds. It is a unique opportunity to coach within the All Golds environment.

“The fact that the All Golds is owned by the University enables me to combine my current role as Sports Lecturer at Warrington College with the position at the University. Since the Rugby League World Cup I have been looking for an opportunity to get back into club coaching and I can’t wait to get back onto the training field.”