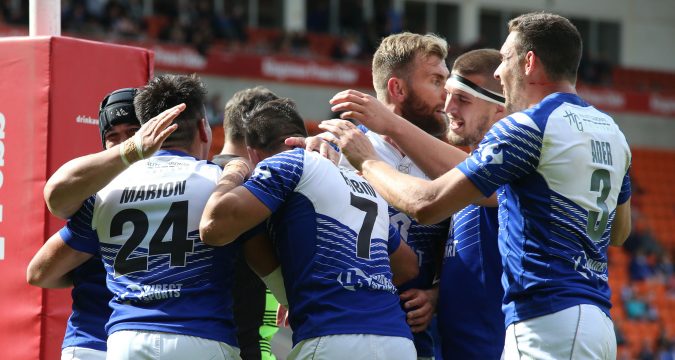 With just one round of the regular season – and eight games in total – remaining after this weekend, Castleford could move to within ONE win of a top-four spot come Friday night. Should they beat Salford and Wakefield lose to Widnes, the Tigers would be 14 points clear of Trinity with 16 left to play for. If Castleford win, it also means a victory for Leeds would tie up a top-two spot for the Rhinos ahead of the 8s. A Hull win and a Wakefield defeat guarantees FC a top-four spot: meaning an extra home game.

In terms of the four Super League teams bidding to avoid the Qualifiers, Warrington’s fate will be sealed as early as Thursday night should they lose at Wigan. Huddersfield will consign Catalans to the bottom four before they even play on Sunday if they win against the league’s bottom side, Leigh, while Warrington will also be condemned to the bottom four if Huddersfield are victorious, even if they can defeat the Warriors on Thursday. Widnes must beat Wakefield to keep alive their hopes of an extra home game in the Qualifiers.

In the Championship, there is only one top-four place left: and Halifax will take it should they better Toulouse’s result this weekend. Fax travel to Featherstone, Toulouse are at league leaders Hull KR. If Halifax win, it means a victory for London would secure a top-two finish – and an extra home game in the Qualifiers. Look away now, Bradford fans. The Bulls are currently 11 points shy of escaping the relegation zone in the Championship – and should Oldham win at Sheffiled and the Bulls lose to Batley, that gap will increase. A win for Sheffield however, although out of the race for the top four, would all-but end any fears of relegation.

It’s the final round of the League 1 regular season this weekend: and six sides are fighting for the two remaining spots in the top eight. Realistically, London Skolars’ points difference rules them out – and the two sides in the box seat, Workington and Keighley, know wins against York and Oxford respectively puts them in. Workington’s points difference is better than the chasing sides around them so that should see them safe irrespective: which means Keighley are the real side at risk.

Slip up against Oxford, and the chance falls to North Wales, who would need to better the Cougars’ result in their game against Coventry to take the last spot.

Three teams are playing for fourth and the right for an extra home game. York, who are currently fourth, are in the driving seat – but if they slip up, fifth-placed Newcastle and sixth-placed Doncaster could take it. They are at Hunslet and Gloucestershire All Golds respectively.