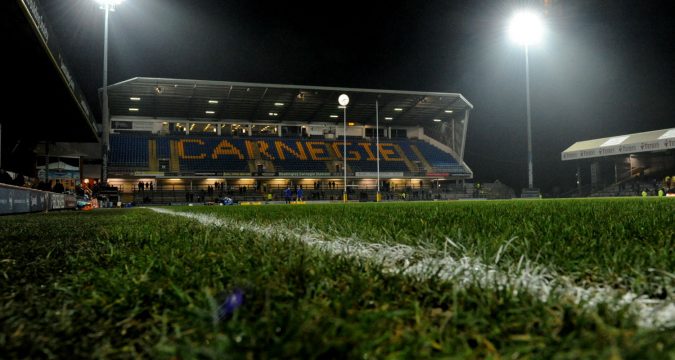 The daunting prospect of replacing Danny McGuire has become a reality for Leeds.

For years, one of the most persistent questions Brian McDermott has faced as he builds his next generation is how to replace a halfback who has been at the heart of their dominant era.

McGuire is an imperious halfback. The leadership qualities and general abilities he will leave behind are undoubted, and anyone tasked with filling that void will likely find the challenge insurmountable.

But the real dilemma facing McDermott is fitting all of his latest stars into one team.

Leeds are still producing an incredible conveyor belt of players, who are feeding their first-team to the point where ensuring they all have a pathway to becoming established first-team stars is proving difficult.

McGuire himself alluded to the fact that his departure at the end of this season is the correct timing to allow Jordan Lilley a chance to thrive.

But for others the prospect of nailing down a position has proved troublesome and could continue to do so.

Perhaps the most pressing issue currently is at fullback. Ashton Golding signed a new five-year deal recently and has established himself as their number one.

However, in teenage sensation Jack Walker, Leeds have another fullback who looks destined for a bright future in the sport.

The Rhinos have offered the 17-year-old a new long-term deal with the club. However, it’s understood that Walker is considering his options as he holds ambitions of playing at fullback moving forward.

With Golding tied down to a long-term contract, the prospects of Walker establishing himself at number one are less likely. That would understandably make him consider whether remaining at the Rhinos is best for his career.

For many young Leeds stars such as Jack Ormondroyd and Jordan Baldwinson, the majority of their year has been spent playing in the Championship for Featherstone Rovers. Others, such as Mikolaj Oledzki, Sam Hallas and Lilley, have been on loan at Bradford.

While dropping down to the Championship shouldn’t be looked down on, there comes a time when playing regularly in Super League becomes a necessity for a player’s career progression. That doesn’t alway happen.

Take Baldwinson as an example. The 22-year-old rejoined Leeds ahead of the 2016 season having impressed at Featherstone following his release from the Rhinos. But since his return, he has made just 13 appearances in two seasons and has spent the last six weeks playing for Featherstone again.

He is now at a point where for his career to develop, regular Super League action is essential. There are no suggestions that will be the case at Leeds with the likes of Keith Galloway, Mitch Garbutt, Adam Cuthbertson, Brad Singleton and Anthony Mullally all ahead of him in the pecking order and Oledzki continuing to turn heads with his impressive performances.

There’s an element of risk that the same could happen to Walker, and although he would no doubt benefit from experience in the Championship, the early signs are that he is capable of making a permanent step-up to Super League in the very near future.

There have been suggestions that a move to the halves could help Walker establish himself as a more permanent fixture in the team on a long-term basis, but even that would give McDermott further issues to face.

Liam Sutcliffe is out of contract at the end of next season and has made it clear that he wants his future to be in the halves or at fullback. Again, it’s hard to see a clear pathway for him to achieve that at Headingley. Should Walker play in the halves, that leaves a question over Lilley’s future in the team as well as Cory Aston’s too.

Oledzki has been outstanding for Bradford and impressed in his spells for Leeds too. Again, though, it’s hard to see both him and Baldwinson managing to climb up the ranks as quick as they would like, that’s without mentioning Ormondroyd.

Rugby league is, of course, a team game and a squad is essential to success, but McDermott has such an array of talent within his current squad that a large majority of his players will desire regular first-team action, and if they aren’t provided with it, they will no doubt get those opportunities elsewhere.

It’s a great dilemma to have, but Leeds will have to get it right to ensure they don’t lose some incredibly talented individuals.