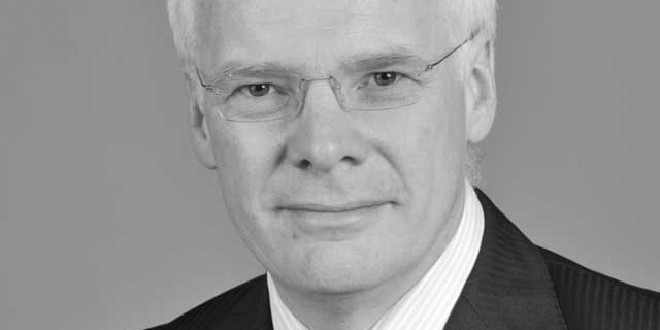 As revealed in League Express on Monday, Super League has appointed Richard Bowker CBE as a Non-Executive Director to the Board of the First Utility Super League.

Mr Bowker, 48, will take up his new position with immediate effect.

Super League Chairman Brian Barwick said: “I am absolutely delighted to welcome Richard to the great sport of Rugby League. He has outstanding senior experience in commerce and business and also a great love of sport.

“His new role as a Non-Executive Director on the Super League Board will clearly benefit the sport’s elite competition.

“I’ve known Richard for several years and believe he will add important elements to the future of the First Utility Super League.

“He is joining the sport at an exciting time especially with the new league structures in place for 2015.”

Richard Bowker said: “I am thrilled to have this opportunity to join the Super League Board and am looking forward to working in a sport which has impressed me for many, many years.
“I was born in Oldham and went to school in East Lancashire and have always been fascinated by Rugby League.

“It’s a great sport and a sport which has made huge strides in the last 10-15 years via the Super League brand. Rugby League has a great history but, more importantly, it has huge potential and I am excited by the prospect of helping realise that potential.

“For all that’s been achieved it strikes me there is more that can be done around the commercial exploitation of Super League and I am looking forward to helping support that.

“I have experience of sport from my involvement with the Football League and although the sports are different, I am sure there are similarities with respect to the issues of brand development, commercial opportunities and governance.”

Richard Bowker is married with three children and lives in North Staffordshire.