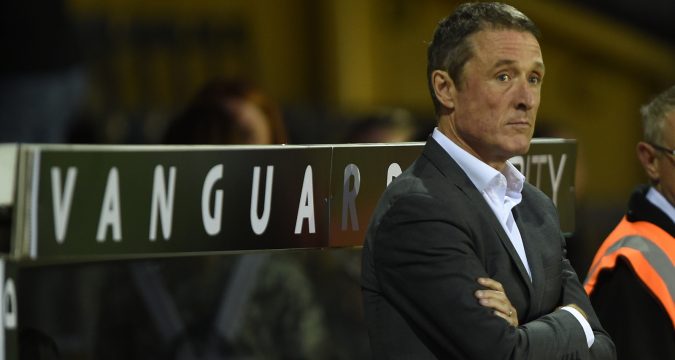 Almost a week on from him officially beginning his new job, Super League (Europe) have confirmed the appointment of Robert Elstone as the competition’s new Chief Executive.

As widely anticipated, Elstone joins Super League from Premier League club Everton, where he held a position of seniority on their board for many years.

His appointment is Super League’s first major step into a new era. He will have a focus on growth, prosperity and success of the game’s leading clubs and will aim to improve the promotion, marketing and selling of the best possible competition.

Elstone said: “I would like to thank the Super League clubs for giving me the opportunity to shape the future of a sport I have watched and loved for as long as I can remember. I can’t wait to get started and I’m ready to apply all my energies and experience to drive the Betfred Super League forward.

“Like so many sports, we face many challenges. However, we take with us a greater number of much sought-after advantages and attributes, not least our players, our fans, our great clubs and the heritage and values of a fantastic sport. If we can bring all that together I’m confident that the Game can look forward to a bigger and better future.”

Elstone joined Everton in 2005 as Chief Operating Officer, but, after impressing the club’s Board of Directors, was confirmed Chief Executive in 2009 and a Director in 2016. Elstone, who represents the club at senior Premier League meetings, has seen the club adopt a clear community and fan-led philosophy, pioneer an envied fan-engagement strategy and secure substantial commercial growth through record-breaking new sponsorship deals. Much of his work over recent years has been on the club’s new stadium project, acquiring land, developing designs and securing a substantial element of the funding required to bring the development to fruition.

Elstone added: “At the heart of the Premier League’s success is compelling football played by some of the world’s best players in great stadia that are almost always full. And, whilst there are many obvious economic differences, it is the quality of the product that has underpinned its appeal and growth. Super League needs to start at that same point by investing and improving what we offer to fans, partners and broadcasters. That’s a big scope, which includes formats, calendars, rules, refereeing, facilities and player development and I’m looking forward to working with the Super League clubs, and building a team around me, firstly to determine that way forward but, most importantly, to begin to make it happen.”

Chairman of Super League (Europe), Brian Barwick, said: “I am delighted to welcome Robert back into the sport. He is a great enthusiast of Rugby League and has also worked extensively in the wider business of professional sport.

“The combination of those two assets should prove to be very positive for the ongoing development of the Betfred Super League. Senior Rugby Football League colleagues look forward to working with Robert and I wish him much success in his new role.”