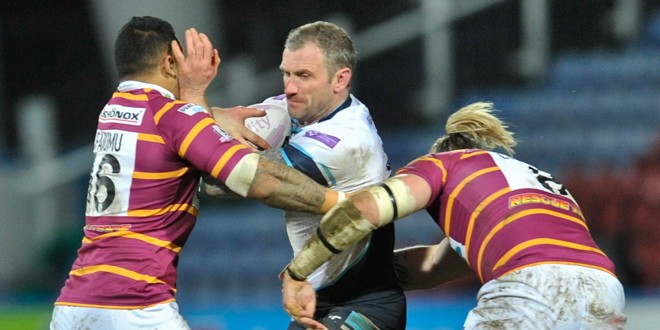 Two of the early top four clash in Super League tonight, as the Leeds Rhinos host the Widnes Vikings – with both teams putting their unbeaten records on the line at the Headingley Carnegie Stadium.

The Rhinos dropped their first points of 2014 last week, as they claimed a point in a thrilling 12-12 draw with the Huddersfield Giants. Their form – and in particular, their back division – has been nothing short of sensational this season, and they will be looking to claim a fourth victory of the season over a Vikings side who are in magnificent form themselves. Ben Jones-Bishop and Ryan Bailey have been added to the squad, whilst Brett Delaney and Carl Ablett have both shaken off injuries suffered in that draw against the Giants.

Despite having played a game less than their rivals, the Vikings are nicely poised in fourth place on the Super League ladder, and will be looking for a fourth consecutive victory in their first away game of the season. They will, however, be forced to make a number of changes tonight, as Stef Marsh, Paul Johnson and the impressive Phil Joseph dropping out of their squad due to injury. Denis Betts has been able to call upon the services of the likes of Patrick Ah Van, Cameron Phelps and Ben Kavanagh again though, to offset those injury blows.

Leeds Rhinos have won their last eight meetings (four home fixtures) with Widnes, with the Vikings’ last victory coming 29-14 at home on 28 June, 2003.

Leeds’ Ryan Hall (2-2-2-1) has scored tries in all four of the Rhinos’ meetings with Widnes since the Vikings’ return to Super League.

Carl Ablett needs just one appearance to reach 200 for Leeds. Ablett made his Rhinos debut off the bench in a 36-36 draw with London Broncos at Griffin Park, Brentford, on 18 July, 2004.

Perhaps the toughest game of the evening to call; however, Leeds are looking in superb shape at the moment, and should just about have enough to get past the Vikings.