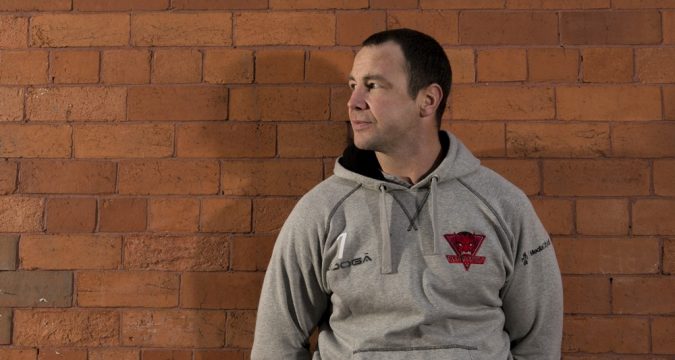 Salford will be looking to avoid a third consecutive Super League defeat on Friday, as captain Adrian Morley faces his former club, the Warrington Wolves.

After losses against St Helens and Widnes, the onus is very much on Brian Noble’s men to halt their mini-slide, and get back on the victory trail on their own patch. However, they face a Warrington side who look to be creeping into some sort of form, after their second-half blitz of the London Broncos last week. The Devils will be able to hand a debut to winger Dominic Manfredi, after the youngster signed on loan from Wigan Warriors earlier this week. Junior Sa’u and Jake Mullaney do make the cut, despite suffering injuries at Widnes last week.

Tony Smith’s men are looking for their third consecutive victory in the First Utility Super League, and they will be able to welcome Joel Monaghan back to the fold, after he missed the victory at London last week due to injury. Micky Higham also comes back in for Warrington, after being rested for the trip to the capital.

Warrington have won their last three meetings with Salford. The Red Devils’ last win against the Wolves was 48-24 at home on 29 June, 2012.

Warrington’s Joel Monaghan (1-2-2) scored tries in all three of the Wolves’ 2013 meetings with Salford.

The Wolves recorded their joint-highest Super League victory against the Red Devils last season, thrashing them 68-10,

The smart betting has to be with the visitors; their form is much better than the Red Devils’ is, and should have enough to get over the line at the AJ Bell Stadium.