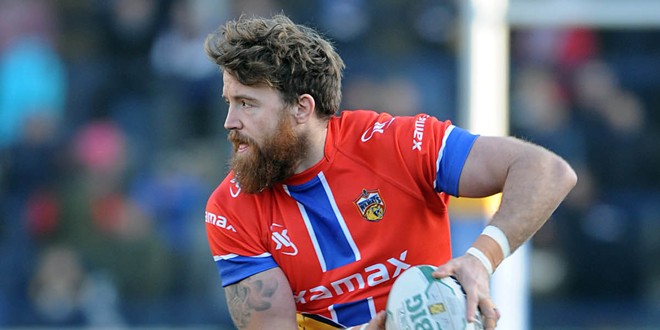 Bradford Bulls will give a debut to Ireland international prop Anthony Mullally after signing him on a month’s loan from Huddersfield Giants. He goes straight into Francis Cummins’ squad as a replacement for second rower Tom Olbison, who suffered concussion during last Sunday’s opening 36-18 defeat to Castleford Tigers.

Former Bradford half-back Jarrod Sammut will make his debut for Wakefield Trinity Wildcats. Australian Matt Ryan is set to start at centre in place of the injured Jimmy Keinhorst, with Sammut taking his place on the bench.

Despite losing Keinhorst to a hamstring injury in Sunday’s clash with Salford, Wakefield’s squad is shaping up to be one of their strongest in recent memory. Bradford, on the other hand, have lost two of their most important first-team players in the last fortnight and could yet see more exit Odsal.

However, there are vital points on the line and the wounded Bulls will be looking to punish Sammut for his disloyalty. Whatever the outcome, this is shaping up to be a real spectacle.

Winning market
Wakefield are heavy favourites to scoop the two points at home. They are 1/3 best price with William Hill, while Bradford are 10/3 with Paddy Power. You can get 25/1 for a draw.
Handicaps
Handicaps range from 9.5-12 in favour of the Wildcats. Ladbrokes are just one place you can get Bradford +12 or Wakefield -12.
First tryscorer
Peter Fox is favourite, at 7/1 with BetVictor. Jarrod Sammut is second favourite – and how tasty would that be – at 9/1 with Coral. Brett Kearney is Bradford’s best hope according to the bookies at 11/1 (BetVictor).
Other scoring bets
Jarrod Sammut is 8/11 to score a try at any time (Coral).
You can get 9/2 on a drop-goal being scored at any point (BetVictor).
Bradford to win both halves is 13/2 with 888Sport.
Wakefield by 13+ is the most likely score, according to 888Sport (5/4).