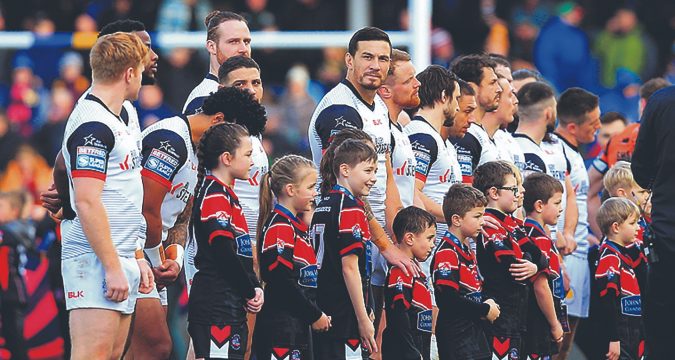 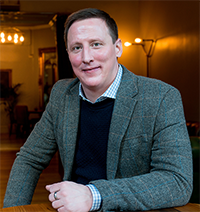 Jon Pallett, the Vice President, Commercial, of Toronto Wolfpack gives his reaction to the decision last week not to re-admit the Wolfpack to Super League in 2021.

The Covid pandemic came at the worst possible time for Toronto Wolfpack, just five weeks before what would have been the team’s first ever Super League home game.

This followed three years of aggressive private investment to build a team on the field, and organisation off the field, which would add genuine value to the Super League competition.

It also came as the Wolfpack were “all-in” on 2020, having made significant investments across the organisation to prepare for a debut season in the top division.

Clearly there were some financial issues before the pandemic. However, I genuinely believe that the greatly increased revenue from a Super League season, along with additional investment that would have come from shareholders, means the team would have been able to navigate those challenges.

The Wolfpack have undoubtedly been disproportionately affected by the pandemic.

Without having played a single home game in 2020 before government lockdowns (despite being six games into the season) there was no chance to begin to collect revenue from single ticket sales, merchandise, concessions or a host of big-brand game-day related sponsorships.

Furthermore, the organisation was not able to access either Canadian or UK government furlough support for players or UK based staff.

Finally, the Wolfpack were the only team not sharing in TV money or central distribution from the Rugby Football League (RFL) or Super League in 2020. Access to this money was the only reason any other club in the Super League was able to complete the season, given an inability to generate revenue from having fans in their stadiums.

It is undeniable that in an ideal world our previous ownership would have funded the team to complete the remainder of the season in the UK, rather than dropping out (something that ultimately meant giving up their ownership of the team).

I personally do not feel the extent of these pandemic-related issues was considered when terminating the Wolfpack’s participation agreement, or when setting the standards for re-admission to Super League under new ownership.

In my opinion the process that ended with last week’s vote between the RFL, Super League and eleven other clubs against the Wolfpack’s re-admission (8-4 against with 1 abstain) failed to recognise or factor in the significant work that has gone into establishing the team over the last four years.

Very few people would launch a new professional sports team in this climate, and certainly not a transatlantic one.

However, millions of dollars of private investment has already been made into the organisation. The Wolfpack have never taken any TV money or central distribution from the RFL or Super League, while covering flight and hotel costs for all opposing teams who have travelled to Toronto in 2017, 2018 and 2019 (and were agreed to continue doing so in the Super League).

That money was spent on behalf of the RFL and Super League to give the sport of Rugby League and its European competitions a chance to establish themselves in North America.

Essentially this was a risk-free experiment for the sport of Rugby League, which in 2019 saw combined attendances of over 90,000 across twelve games in Toronto.

I am confident that the organisation identified a viable new ownership solution to present to the RFL, Super League and clubs. This would have begun to clear up financial issues, starting with players who have not received any money during this really difficult time.

This also demonstrated an intention and ability to make additional long-term investment in the team. Contingency planning was put forward to complete the 2021 season entirely in the UK (on the assumption Covid restrictions dictated this).

The team who worked on this project spent a huge amount of time and effort in prospecting new owners before producing a robust and detailed five-year business plan.

As covered in the media, a report was also commissioned into Rugby League and Toronto Wolfpack’s viability in Canada by the Super League.

This was positioned as an independent report. However, it was produced using only two external contributors, both being based in the UK and both being former business associates of Super League executives.

Super League have been clear on their desire that the Wolfpack not be readmitted for a number of months now and the report was used to instruct other clubs to vote against.

It had a negative outlook on the potential of the North American market to a league, focusing on other sports teams in the market while generally showing a lack of ambition or excitement to continue the work done to reach a major new market.

The benchmark set for how the Wolfpack contribute to the league was also clearly above and beyond what many other teams in Super League would reach, if subjected to the same scrutiny.

The business plan that Toronto Wolfpack produced painted a very different picture of the future, with clear facts and figures from independent financial advisors. PR efforts talked up the wonderful fanbase, partnerships and media relationships that are already in place and ready to grow again in 2021. In contrast PR from Super League, as well as certain other clubs, was centred on unsubstantiated criticism of the team along with media leaks of selected sections of confidential documents.

The voting process to exclude the Wolfpack was indicative of the wider issues I personally feel Rugby League faces at this time.

Firstly is the ongoing confusion on the sport’s strategy for expansion.

The RFL granted Ottawa a licence to take over Hemel Stags and join League 1 in March 2020, while in September 2020 Super League campaigned hard for Toronto Wolfpack to be excluded from the competition.

This lack of cohesive strategy means teams in new markets do not benefit from the required support structure that other sports who expand successfully put in place. This in turn greatly limits the appeal for new teams considering joining, as has been evident in the Wolfpack’s efforts to seek new investment in recent months.

Secondly is the issue of asking all other teams in the Super League to vote on key matters.

There are clear financial conflicts of interest in decisions like this, something that was also evident when Super League clubs voted to exclude the Wolfpack from receiving a share in TV revenue ahead of the 2020 season.
A healthy Super League could and should span across the UK, France and Canada, and in the long term the North East corner of the United States.

I genuinely believe that the fan engagement initiatives, partnerships, game day experience, marketing and digital content the Wolfpack produced would have set a new standard for the Super League.

Very few teams, fans or media from the UK and France have ever come to Toronto and not praised the all-round experience. This makes it all the more disappointing that Super League clubs voted the team out without a chance to experience first-hand what the Wolfpack have created in Toronto.

It is hugely frustrating that an entire playing and coaching squad is now missing from the league structure, while talented and hardworking staff on both sides of the Atlantic have lost jobs they loved during a global economic crisis.

Players, coaches and staff are owed money by an organisation that was begging to bring in ambitious new ownership to stay in the Super League, while pledging to put things right.

It is also frustrating that a passionate and committed fanbase have lost their team, and likely their passion for the sport, while UK fans have lost the chance to travel to Toronto to watch games.

Partners and suppliers no longer have contracts with a rapidly growing professional sports team. The significant tourism revenue visiting fans from the UK bring to the city, as well as the transatlantic trade links which companies and government organisations have formed through an association with the Wolfpack, have also been lost.

I do sincerely hope Toronto Wolfpack are able to return to the RFL structure in 2022, before going on to re-earn a place in Super League from there.

However I cannot help but feel that the decision last week to exclude the Wolfpack from the Super League will always be looked back on as a massive missed opportunity for the sport of Rugby League.