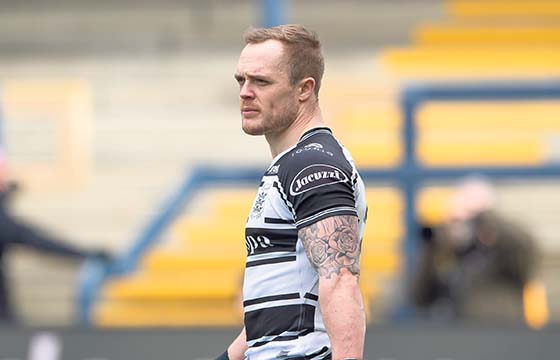 Adam Swift has revealed he would like to remain with Hull FC in 2022 and beyond.

The winger has been a standout performer for Brett Hodgson’s side this season, in contrast to last year, when he struggled with injuries and form, and was limited to only a handful of Super League appearances under Lee Radford and Andy Last.

On Saturday he scored the final try as Hull defeated Wigan 20-10 to reach the Challenge Cup semi-final.

Swift’s contract expires at the end of this season, but he told League Express that he and his family are settled, and he wants to remain at the KCOM Stadium.

“We’ve moved to Anlaby, which is a lovely place, and I’m coming home every day from training and seeing my family happy.

“Yes, I’m out of contract, but I’m leaving all of that to my agent. I just want to concentrate on my rugby and see what happens. I’ve not heard anything yet.

“But would I like to stay at Hull? Yes, of course. There’s not really much else I can say other than I want to be here.”

Swift also paid tribute to Hodgson for the impact he has had on his return to form this year.

“Brett’s been awesome,” he said.

“He’s been a breath of fresh air; he’s come in with some great ideas in defence and it’s been great for me.

“On his first day here, he came in and told me straight that I wouldn’t be wearing number five. But I wasn’t bothered, it’s just a number, and he told me it was a clean slate from the off, which was great to hear.

“I did okay in pre-season, I was lucky enough to get the call for the first game and we’ve gone on from there. It’s been great working with him.”