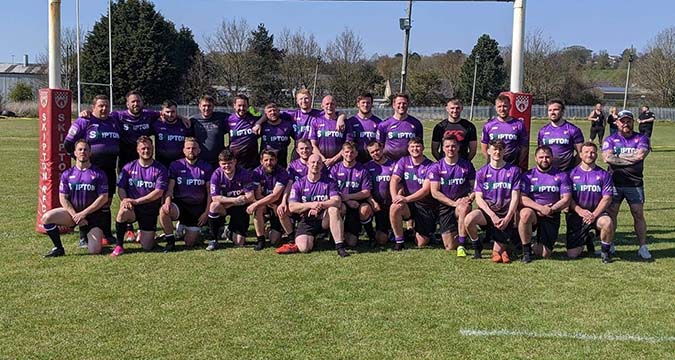 What’s in a word? Quite a lot, as League Express grassroots correspondent Phil Hodgson illustrates.

I wrote only the other week about how important it can be for everyone to have the same understanding of what any particular word means when efforts are being made to come to an agreement on any particular issue.

What prompted me to reflect at length on an aspect that affects everyone, in all walks of life, was the wrangle over the Rugby Football League’s plans to impose membership fees on amateur players, and potentially different interpretations of the word `consult’.

Here we are, a month or two later, with what is (perhaps) another prime example.

Just as last week’s issue of League Express was being put together an email dropped into my account, also relating to the RFL’s membership scheme, which was, at first glance, explosive.

The email, which had been shared with a number of leading figures on the grassroots scene, had been sent the best part of four years ago to the chair of one of the amateur game’s biggest leagues by a senior employee of the RFL; and it appeared to confirm – contrary to current statements – that the RFL had no plans to charge players fees. Not at that time, and not at any stage in the future.

That missive contradicted, entirely, the RFL’s present stance. Or, at least, it seemed to.

There was no way, at that stage, that I’d be able to investigate the matter properly (for one thing RFL staff are not always the easiest folk to get hold of at the weekend, a reality that has always baffled me given that Rugby League is primarily a Saturday and Sunday pursuit. But I digress a little, and in fairness the individual in question does tend to be more accessible than others).

So I sat on it until early in the week, which was perhaps just as well.

League Express’s readers will see (click here) how the RFL man in question – the Director of Participation and Development Marc Lovering – had in fact written about registrations, not membership fees.
Those are, I’d venture, different things. Having said that you can see where the recipient, North West Youth League Chairman Mick Doyle, was coming from in thinking that Lovering was referring to membership, rather than registration, fees (even allowing for the fact that the former, rather than the latter, word had been used by Lovering).

Time to get the dictionary out again, as I had done the other week. So here we go (after an abortive attempt with my Collins pocket dictionary, which didn’t really say anything as regards the word `registration’ as a noun). So I looked at the Cambridge dictionary instead, which tells me: Registration: the act of recording a name or information on an official list. Membership: the state of belonging to an organisation.

As far as I can see, therefore, Lovering’s insistence that an administration-type charge should be differentiated from membership is correct. The RFL wasn’t proposing to charge (and, it seems, will not charge) for the process of registration. But it does plan to charge for benefits and services, and for the work undertaken in facilitating those benefits for those who, having gone through the registration procedure, become members.

It’s a very different thing, yes. Yet at the same time I can see how many people can not only confuse the two but may even see them as being the same (“no pay, no play”, is one view). Yet another issue in which water can become a little muddy, but that’s words for you, as I expect any politician will avow.

Ironically, toward the end of the week the British Amateur Rugby League Association announced that it has updated its own Club Membership Scheme.

As reported in today’s issue, BARLA has reduced its annual membership fee to £12.50, and is conducting a monthly draw for the next twelve months, with cash prizes for the lucky outfits that come out of the hat.
It’s a positive move by BARLA, which I understand has more £700,000 in funds behind it.

Club membership offers a range of benefits, including free inclusion in the various BARLA National Cups, at all age levels, which I hope will return to the rude health of yesteryear once the coronavirus pandemic is well and truly over.

Meanwhile, we were delighted to receive news of the launch of Skipton Knights (pictured), who play out of Skipton RUFC.

A driving force behind the Knights is Darren Greenwood, who many in the area will know well.

Darren was one of the people who kept Cowling Harlequins going for many years, despite many heavy defeats in the lower regions of the Pennine League. He’d get a team out week after week, showing remarkable fortitude, persistence and, I imagine, persuasive powers.

My own club, which also experienced a testing spell, met Darren’s several times the best part of a decade ago, and the games were always played in grand spirit.

I’ve a vivid memory, too, of a Pennine League Dinner at that time at which, as usual, several people went up to the top table for their awards. All, as always, deserved their accolades, and there was proper applause for the folk who collected their silverware after a year’s hard work. As I remember it, though, the response to Darren when he received what I think was a special award in recognition of the fact that Cowling had fulfilled each and every one of their fixtures despite conceding over 1,000 points along the way was not far short of thunderous.

My view, which was probably shared by most of those present, was that it’s relatively easy when things are going well on and off the pitch; it’s a different matter when you’re struggling.

Given that many people at the dinner were club administrators who, in the vast majority of cases, will have been through tough times of their own, there was heartfelt recognition of Darren Greenwood’s achievement.

I’ve no doubt that Skipton Knights will thrive. It certainly won’t be for the want of trying by Darren Greenwood.

Back to Cambridge, meanwhile, but not the dictionary this time. I paid tribute in last week’s issue, when hailing Cambridge’s triumph over Oxford in the Varsity Match (the first for over a decade) to Mark Ramsdale, who I described as a former Cambridge man. He is just that – but he’s also very much a current Cambridge man.

Mark, who couldn’t be at the game because he’s had to self-isolate, told me: “I am on the Executive MBA at the Business School there (same course and College, with captain Elliott Stockdale and Wallabies captains and Union World-Cup winning Springboks).

“That’s why I am particularly gutted to have had to isolate as I was eligible for selection for the Varsity Match itself.”

Let’s hope that Mark and the 2021 Cambridge team are awarded Blues, which are among the more prestigious honours Cambridge and Oxford can offer.

And, on another matter, let’s hope that Saturday’s results in the National Conference League won’t set a trend. Four of the 23 fixtures failed to go ahead because of Covid-19, a worrying statistic, for sure.