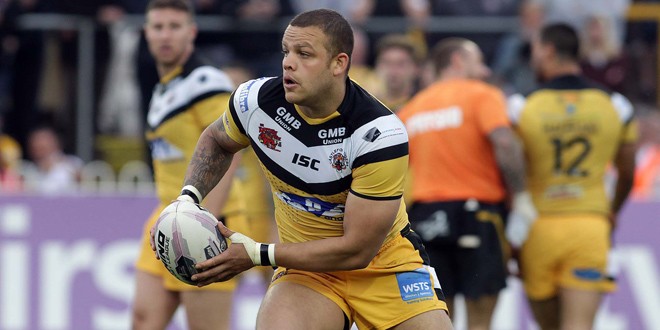 Jordan Tansey revealed he is eyeing a contract for 2020, after the 32-year-old featured for the Yorkshire Legends last week.

Tansey last played for Workington Town in 2018, following spells in France with Racing Club Lescure-Arthès XIII and in Australia with Darling Point-Coleambally Roosters.

He played for Leeds Rhinos, Sydney Roosters and Hull FC at the peak of his powers, before turning out Crusaders, Castleford Tigers and Wakefield Trinity in Super League.

And after dropping down the leagues to play for Workington last season, the fullback is now eyeing a contract at a similar level, after experiencing life outside of rugby league.

“It was good, I’d only played for Yorkshire at the younger age-groups, so it was good to finally get the chance to play for the actual Yorkshire team, even though it was the legends game,” he told Total Rugby League.

“Playing on the same pitch as the likes of Martin Offiah, Jason Robinson and Martin Connolly was a massive experience for me.

Playing in the game made me realise that I’ve got a few years left in me, to be honest, especially because I gave up so early.

“I’m wanting to get back for November and get back fit and when pre-season starts, hopefully I’ll be in half-decent shape.

“I’ve just been working, back to reality, working up on the roofs doing roofing at the moment. It’s made me realise that I still want to play. I think I can still do a job in the League 1 and the Championship, and I’ll still be based in Leeds, but I’m willing to travel.

“I’ve played in France and Australia for a while, but I had to move back because I had a young family, I’d certainly be open to all offers.”