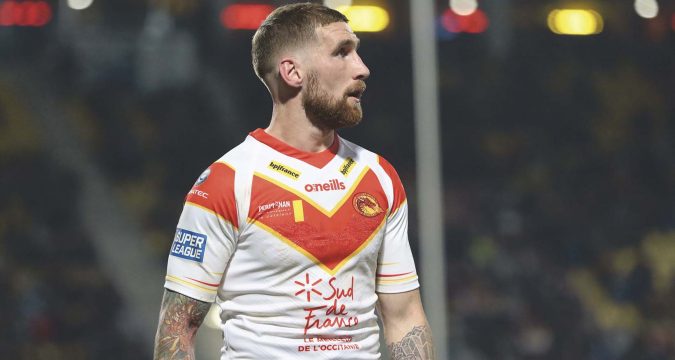 Catalans Dragons are ready to turn up the heat in the south of France this summer as games at Stade Gilbert Brutus will become hotter and faster in the absence of television cameras.

The decision by beIN sports not to provide live coverage from Perpignan in 2020 means that there will be no breaks in play for video referrals – which could affect performances as the mercury begins to rise.

Temperatures regularly exceeded 40 degrees centigrade last season as a record-breaking heat wave gripped France. Referees introduced water-breaks for players to prevent overheating and dehydration but there will be fewer pauses in play this time around.

Dragons coach Steve McNamara is hoping to take advantage when the opposition feels the heat, telling League Express: “For a long time we have had the unique position in Super League of all our home games being shown live on TV, with referrals to the video referee and big-screen replays throughout the game.

“It’s not looking like we’ll get a French TV deal right now, so it should speed up the game, having no video referrals, and players will have less recovery time during a match, waiting to watch the big screen. Also, the five-second reduction on the shot clock will help increase the pace of the game.

“There were certain instances last year where everybody was ready to pack down, but they chose to wait and count down the shot clock, which isn’t very entertaining, so anything that speeds up the game can only be a good thing.”

McNamara is a big fan of Super League on TV and is keen to see the cameras return to the Brutus as soon as possible.

“It would be great to have every game on TV and not just here in Perpignan. If there were a way to televise every game at every club it would be a boost for the sport. The technology is there to be able to help the officials, it’s a really tough job they have to do.”

One of those officials recently joined the Dragons in a training session at Stade Brutus as part of an initiative to increase co-operation between coaches, players and officials.

Super League referee James Child took charge of a full-contact match involving the first-team squad and reserves in a training session and spent time discussing the coming season with players and coaching staff at the club.

Dragons coach Steve McNamara believes the experience was invaluable for both his players and the referee himself.

“The RFL have done this before where they send referees to spend time with players and coaches down here.

“It’s great to see top-flight referees here at training, we realise it’s probably a little more difficult for them to find the time to travel to the south of France but we really appreciate their presence.

McNamara said that Child’s observations could prove beneficial for the Dragons in 2020, adding: “He highlighted some real areas that we probably weren’t aware of if it hadn’t been for James coming over.

“Penalties are a huge part of the game and this is an area where, quite clearly, we have needed to improve and hopefully this will help us with that process.

“This kind of thing helps to build a relationship between the clubs and the officials and that is vitally important across the board. Each referee has his own individual way and preferences within the rules of the game so for our squad to spend time with James can only help us in the future – and also benefit the referee himself who will be learning a little more about us, and in particular our new recruits.”