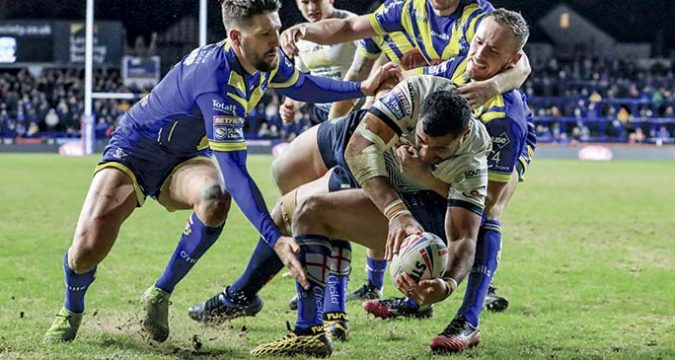 Clubs have been told that testing for the coronavirus will cost £5,000 per week for each club once the season returns.

The RFL informed clubs last week of the cost after laying out recommendations from medical experts about its return-to-play proposals.

It was news that was largely well-received by clubs, who feared costs would be significantly higher.
But with more companies providing the equipment needs, costs have come down significantly, with the first quote being £6,000 a week.

Costs are flexible and could change but there’s a belief they are more likely to go down rather than up.

The procedures will see players tested once a week, most likely on a Wednesday, ahead of a weekend game. Any players who test positive won’t play.

However, it is the recommendation around testing which has resulted in a proposal to remove scrums.
Medical experts claim engaging in a scrum is the equivalent risk of 132 tackles.

That’s due to the prolonged period of contact between 12 players.

According to data compiled by the RFL, there has been an average of 12 scrums per match this season, and removing scrums would see a reduction of around 1,500 contracts per game.

On the testing front, guidelines detail that if a player tested positive for Covid-19 and had engaged in a scrum, all the other participants in scrums would currently have to quarantine for a fortnight.

Meanwhile, the RFL has endorsed a proposal to introduce the ‘six again’ rule that has been brought into the game since the NRL’s return.

The ruling sees infringements in the ruck rewarded with a set restart, rather than a penalty. As a result, the tempo of games has increased but initially resulted in more one-sided scorelines.

Clubs have been asked to give their feedback before a final call will be made at an RFL board meeting in July.