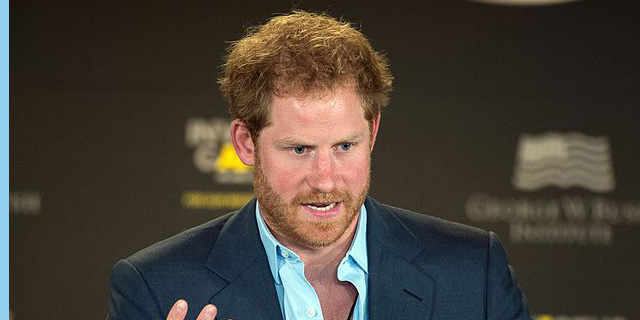 Former MP DAVID HINCHLIFFE questions whether Prince Harry should be accepted as the new Patron of the Rugby Football League to replace his grandmother The Queen.

When I heard the news that Prince Harry was to become Patron of the Rugby Football League I genuinely had to check that it wasn’t April 1st.

I find it absolutely astonishing that we have quietly accepted at the apex of our sport someone who has never shown a scrap of interest in Rugby League and whose second home genuinely appears to be Twickenham. The Rugby Football Union will have found this development hilarious.

It is not unreasonable for the Queen, at the age of 90, to be reducing her commitments. But, as far as Rugby League is concerned, these don’t appear to have been particularly onerous.

As a boy, I remember her presenting the Challenge Cup to Wakefield Trinity’s Derek Turner in 1960. I recall her opening BARLA’s office in Huddersfield during 1990, but during the last quarter of a century I genuinely struggle to bring to mind the involvement of the Queen or any other member of the Royal Family with important Rugby League occasions.

Indeed, they have frequently been notable by their absence.

Where were they, for example, when England played New Zealand at Wembley Stadium in the semi-final of the 2013 Rugby League World Cup and two Commonwealth countries contested the Final at Old Trafford?

Where were they when the same two Commonwealth countries fought it out at Anfield, Liverpool, in the 2016 Four Nations Final? The similar absence of the Royals from a rugby union international at Twickenham would lead to nothing less than a constitutional crisis.

Throughout my time involved in Rugby League I have always had a feeling of great unease about the sport’s continuing desire to seek acceptance by the Establishment, despite the fact that, all through our history, we have been treated with nothing less than contempt by that Establishment.

I see it in the constant quest for recognition of the game within our honours system and cringe when, after extensive lobbying on their behalf, we are proclaiming the rarity of some deserving soul from Rugby League being on their knees in front of a minor Royal, receiving one of the lower-level conferments.

Despite my strong support for the student game, I see it in our copying of such Establishment concepts as the Varsity Match. In particular I see it in the game’s constant desire to get attention, no matter how fleeting, from the Royal Family.

How long will it take for the game to get the rather obvious message that they are not really interested in Rugby League and would probably rather prefer it if we all quietly went away?

I find our constant scratching around for such recognition not just embarrassing, but a complete contradiction of the history of a sport which has been rooted, from its very birth, in being proudly anti-Establishment.

We didn’t particularly choose this position but, when the Establishment denied what appeared to be basic rights and reasonable demands way back in 1895, Rugby League took the only possible honourable route.

From the word go that Establishment did their level best to destroy the sport. But history records not a scrap of effort from our Patron or any of the Royal Family to mitigate the efforts being made by their union friends to do all in their power to kill league.

If they had any real interest in decent sporting values and Rugby League, our Royal Family were in a unique position to quietly do something behind the scenes about both union’s bans and proscriptions and, in particular, the disgraceful outlawing of league within the armed forces.

In their numerous attendances at England/France union internationals, how many times did the Vichy ban on league get a mention? It is a pretty good bet that the answer is never. The simple fact is that it suited our Royals to do absolutely nothing, even in respect of such quite shameful events.

But we continue to believe that, somehow, despite everything our history tells us, these folk will finally come over.

The Denny Solomona issue isn’t an aberration but, frankly, par for the course. Without going into the ins and outs of the case it is the most recent reminder of union’s arrogance and disregard for basic decorum when they are dealing with those they clearly regard as their poor relations.

And with our new Patron occupying a similar role with the Rugby Football Union – who have been interestingly but unsurprisingly silent on Solomona – do we honestly believe he might act as an honest broker in cases of cross-code conflict? Not a chance! His background and instincts put him solidly and firmly in the union camp.
I don’t know the practicalities involved in a polite refusal of an offer of Royal Patronage, but I hope it might not be too late for the RFL to give this matter a little more thought.

The Royal Family surely take advice in terms of the appropriateness of suggesting the Patronage of a particular member and, in such circumstances, bearing in mind Prince Harry’s infatuation with union, it is difficult to avoid the feeling of some actual mischief afoot in respect of his nomination.

And, in saying a courteous ‘thank you but no thank you’ to Prince Harry’s patronage, let’s use Her Majesty’s retirement as Patron to call an end to this ludicrous cap-doffing once and for all and turn our treatment as Establishment outcasts into a solid virtue.

Rather than cosying up to the established order, let’s be proud of being born on the wrong side of the blanket, be proud of the principles we have historically fought for and properly project our game as standing for something different.