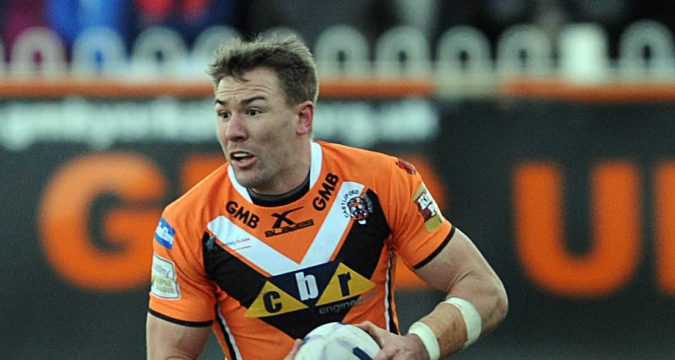 Castleford Tigers captain Michael Shenton revealed that the decision to sign a new deal with the club was the easiest decision he’s ever had to make in the sport.

The Tigers announced yesterday that their skipper has extended his contract with the club through to the end of 2019, adding an extra three years on top of the one year he had remaining on his existing deal.

And he expressed his delight at the deal, saying that he never really considered going anywhere else.

“It’s pretty much the easiest decision I’ve ever had to make in Rugby League since I started out, really,” he said.

It’s the club I care about and, since Daryl took over the past couple of years, I love my role in the club and I love playing again.

“I love being part of the team here; they’re such a great set of lads, so coming back in and seeing the boys working so hard, I’m excited by the ambition of the boys this year, you can feel it, and I just thought: this is the place to be.”

For more with Shenton, check out our exclusive video with the Castleford captain below.