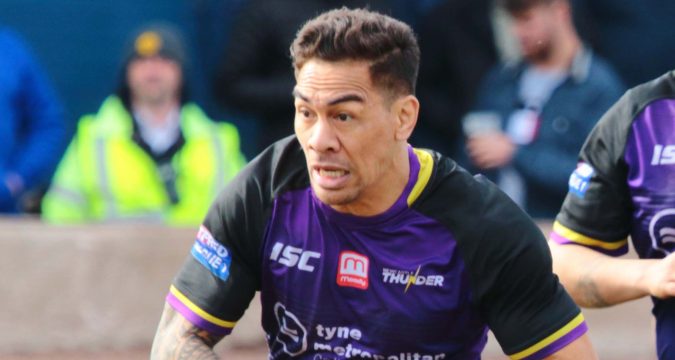 1. Misi Taulapapa signed for the club in 2009, but never played a game.

Another top signing for the club in recent years, with Samoan international Misi Taulapapa captaining the club in the 2019 season. That came a decade after he signed for the club, in their Gateshead guise. Then at Cronulla Sharks, he signed for the club along with teammate Bryan Norrie, as well as former Batley and Dewsbury half-back Gareth Moore. Financial difficulties stopped either of the trio playing for the club, but Taulapapa would be back some 10 years later. This wasn’t the first club he signed for without wearing the strip either, in 2011 he was snapped up by Hull KR from Sheffield Eagles. A change in coach through the appointment of Craig Sandercock left him frozen out of the club’s plans, so he swiftly headed back to the Eagles.

In 2016, Newcastle Thunder pulled off a series of major coups with the acquisition of Cook Islands internationals Vincent Rennie and Aaron Teroi and former Hull FC hooker Craig Cook. Rennie, settled into life in the North East the most. He was part of the coaching staff at grassroots side Cramlington Rockets and, in 2017, started a BA Leadership and Management Course at Northumbria University. He completed the course last year and actually turned out for their highly successful Rugby League side, coached by former Thunder coach Jason Payne. A former international, against students, just imagine the carnage.

3. Garry Lo left the club in a strange story. 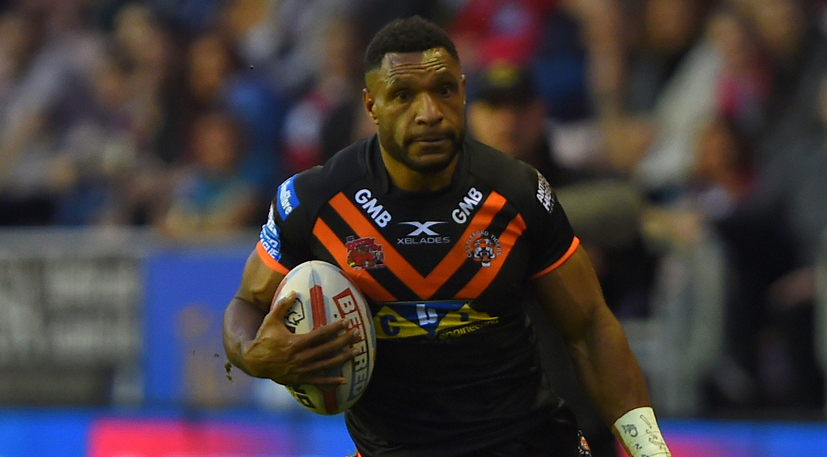 Now to another man who signed for the club but never featured for them. PNG powerhouse Garry Lo was signed by Thunder in 2015 by compatriot and head coach Stanley Gene, who had already added PNG trio Mark Mexico, Charlie Wabo and Jason Tali to the club’s roster. But, in a bizarre twist, Lo went AWOL and fled back to PNG without ever playing for the club. At 3:30am on the morning of Tuesday 20th January, he awoke Mexico who then saw Lo packing his bags and leaving. Mexico then assumed he was moving to another house. Not the case, Lo used the club’s loaned car to drive to Manchester Airport and flew home. That prompted Gene to contact the police to report him missing and the car stolen. The car was then identified as being left with the headlights on and in a restricted bay. Lo later apologised in the PNG press for his actions, but of course this wasn’t the only bizarre UK departure of his career. He would be stood down by Castleford, after ‘assisting a police enquiry.’ He has since had to rebuild his career in France with AS Carcassonne.

4. Power lines stopped the club signing a player in 2010.

There’s something rather cruel-sounding about power lines stopped the Thunder adding to their squad, a decade ago. They were set to sign Castleford-based back-rower Andy Walker as he had been working in the North East on power lines. He had to move to South Lincolnshire instead to continue his job, meaning he was unable to play for the club.

5. Matthew Wright is older than his Rugby League-playing uncle. 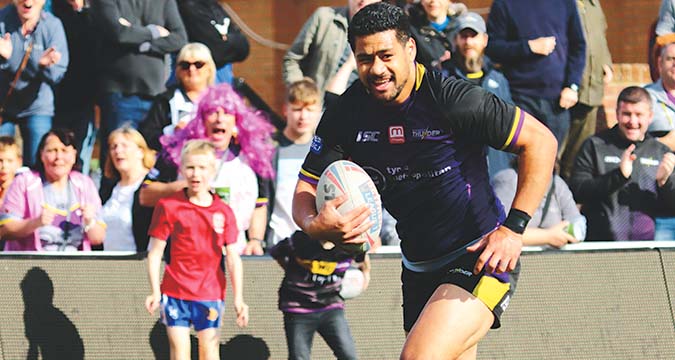 In perhaps one of the weirdest Rugby League family trees of all-time, current Newcastle Thunder winger Wright is the nephew of ex-Wakefield and New Zealand back-rower Tony Tatupu and also former Wests Tigers and Samoa star Tim Simona, despite being 10 months younger than Simona but 21 years younger than Tatupu. Simona is also cousin to ex-Canterbury and Canberra flier Sami Sauiluma and also current Wests Tigers star Michael Chee Kam. Simona is also uncle to Jesse Sene-Lefao, also Wright’s cousin, despite again being younger than him. For the final piece of the puzzle, Wright is also cousin to one-time Wests Tigers player Lamar Liolevave. What a headache that was.