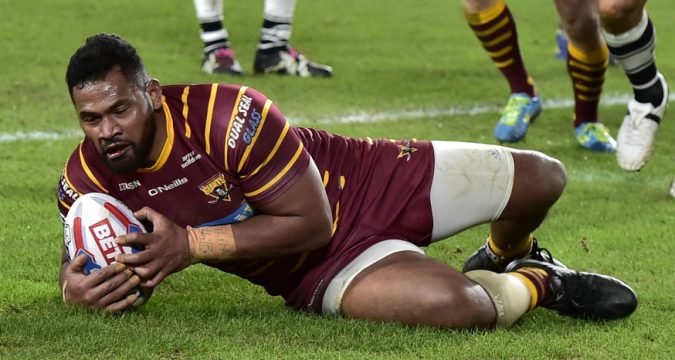 Tongan international Ukuma Ta’ai will join Newcastle Thunder for the 2021 Betfred Championship season, after the Tyneside club seized upon the opportunity to bring further top-flight experience to Kingston Park Stadium.

A highly regarded talent who can play loose forward and in the second row, Ta’ai brings almost 200 games of Betfred Super League experience to the north east from a nine-year stint at Huddersfield Giants.

He arrived at the John Smiths Stadium back in 2012 and immediately became a fans favourite, helping his side to lift the League Leaders Shield back in 2013 as a middle that offered plenty of explosive power.

Scoring 48 tries during his time at the Giants, Ta’ai also featured in 52 NRL matches with the New Zealand Warriors and has been capped on 10 occasions for his country, the most recent of which came in 2017 against Lebanon in the Rugby League World Cup.

Joining with his new team-mates for the first time in the next week, he is expected add considerable ability to Thunder’s pack with director of rugby Denis Betts thrilled to secure the player’s services.

Betts said: “Ukuma is a big statement signing for us as a club. He is a high-quality Super League player and he is going to add a great deal to our squad.

“He is a devastating back row with great ability to break open a game and will be an enforcer for us in the forwards.

“With massive amounts of experience it is a big statement that a player like him has chosen to come to Thunder and I looking forward to him arriving.”

Head coach Eamon O Carrol added: “Ukuma is a great signing for us, he is going to bring a wealth of experience to what is a relatively young squad.

“When I have spoken to him, he sounds excited to be coming to Thunder and wants to be part of the club and is going to fit in well with our group and goals.”