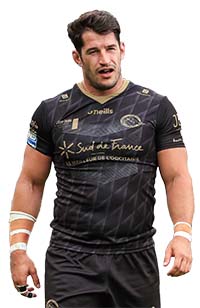 Benjamin Garcia will captain the Catalans Dragons in 2021, having been appointed as new captain of the club by the club coach Steve McNamara.

Garcia, a French international, has taken the captaincy role from Rémi Casty, who was the team leader for eight seasons but has now moved on to Toulouse Olympique.

Garcia becomes the eighth captain in the club’s history.

“I’m really proud to be the new captain,” said Garcia.

“I grew up as a Dragons fan and always dreamt to be one day the captain of this club. I’m ready to take on this role and lead by example, I really want to do well and win trophies with the club. We’re entering a new cycle, with a lot of young players coming through and I really want to be a part of that and lead this team.”

McNamara explained why he had plumped for Garcia to lead the team.

“Benjamin was the clear and obvious choice to be the new captain of Catalans for 2021,” said McNamara.

“His drive and ambition combined with his high level and consistency of performance made this an easy choice. He has total respect from everyone within our playing group and organisation and will always put the team first.”