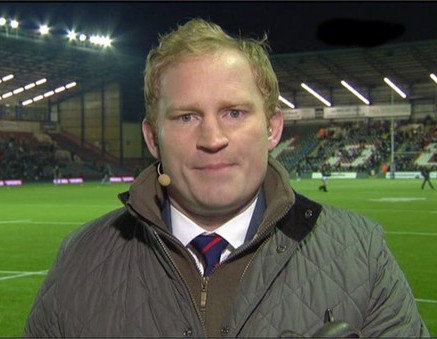 Castleford Tigers have announced that Jon Wells will join the club as Director of Rugby.

Wells will work alongside both Daryl Powell, Steve Gill, who is to step down as CEO, and the board of directors. His role will be to identify players and assist with the transition of young players through the club.

Having made 128 Super League appearances for the Tigers, scoring 49 tries from the wing, Wells is a familiar face in Castleford as well as for all Rugby League supporters as, for the past seven years, he has been part of Sky Sports’ coverage of the game.

“This is an improving, progressive club with the potential now to establish itself as one of the top clubs in Super League for years to come,” said Wells.

“To be asked to help contribute in setting that agenda is both flattering and tremendously exciting.

“It’s a really good time to be coming back to the Tigers; great coaching staff, a brilliant and growing fan base, and talented and dedicated players that really do deserve to be competing in and winning the biggest matches in our sport.

“My job is to help provide the environment in which they can do just that.”

Castleford Tigers club chairman Ian Fulton said: “We are delighted to welcome Jon to the club in the new role of Director of Rugby. Jon’s knowledge of Rugby League and passion for Castleford Tigers is invigorating and we are sure he’ll be a great fit in this new role. This will allow Daryl and Mark to concentrate on their day to day roles with Jon providing the perfect link between both departments.”

Alongside the appointment of Jon Wells to the role of Director of Rugby, Commercial Director Mark Grattan will now become the clubs Managing Director to formalise the structure of the senior management team.